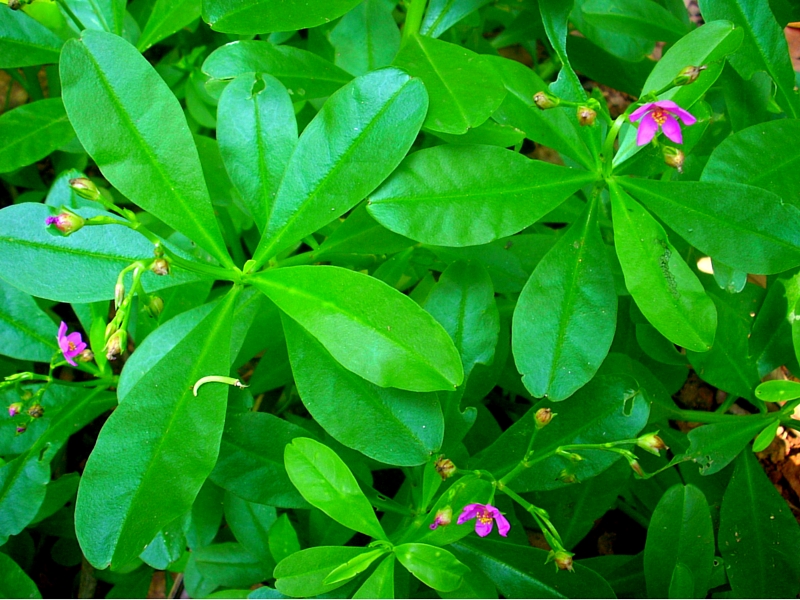 Assuming that nature never offered us any sort of vegetations such as vegetables, plants, trees, how could we have survived? Could there have been other alternatives? There are no doubts that vegetables continue to play important roles in our survival ~ supplying our bodies with essential nutrients that are necessary for our wellbeing.

Several vegetables all over the world serve as both green leafy vegetables, condiments, herbs, spices and flavourings. Most of them serve as nutritious diets to both humanity, terrestrial animals and aquatic creatures. Most of these vegetables are packed with essential nutrients, minerals and vitamins such that their inclusion in our daily diets have been reported to be highly imperative.

Furthermore, researchers continue to emphasise that not only are these vegetables amazingly nutritional, but they are equally protective against chronic and degenerative disorders due to their high antioxidant constituents. One of such vital but yet underutilised leafy vegetables is waterleaf. If only everyone from all over the world will make this vegetable a dietary priority, then most ailments and nutritional deficiencies will be tremendously reduced.

Waterleaf, which is botanically known as Talinum triangulare is an edible leafy vegetable that belongs to the Portulacea family. It is originally from West Africa before spreading to other parts of the world such as Asia and South America. Waterleaf is a herbaceous perennial plant that normally has its stem evident above ground. The seed usually sprouts as a tiny, aqua-colored plant before growing into a more conspicuous plant with larger leaves. As the name suggests, this green leafy vegetable is referred to as waterleaf due to its high moisture contents of approximately 90.8 g per 100 gm of the leaf. The leaf is sticky when cut and its sticky nature is attributed to its high pectin content that supplies the dietary fibre.

Waterleaf thrives well during the rainy season or if properly irrigated but yet can still tolerate drought weather conditions. The drought tolerant nature of this plant is because it tends to simulate a crassulacean acid metabolism (CAM) pathway. CAM is a carbon fixation pathway found in certain plants as an adaptation to dry weather conditions. Plants that adopt the full crassulacean acid metabolism tend to shut the stomata in the leaves during the day to minimise evapotranspiration, however, the stomata opens at night to take in carbon dioxide (CO2). Due to the CAM ability of waterleaf, it survives arid conditions by efficiently utilising any available moisture, and carbon dioxide during night time. 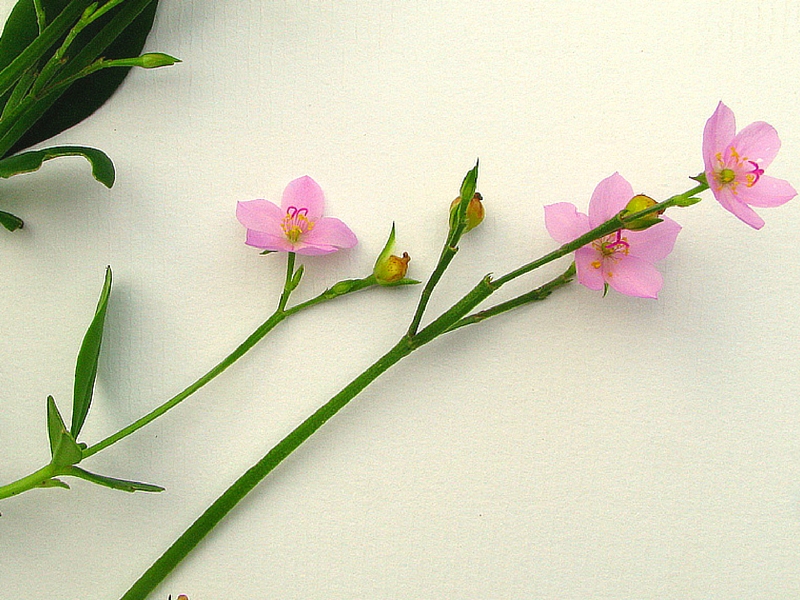 In an attempt to ascertain the nutritional values of waterleaf, Ezekwe et al., (2001), carried out a preliminary phytochemical study on this vegetable. The study shows that it is a rich source of vitamin C, vitamin E, Omega -3 fatty acids, calcium, magnesium, soluble fibres (pectin), potassium, β-carotene, proteins and dietary fibre. Furthermore, Enete and Okon (2010) pointed out that waterleaf is a rich source of crude-protein (22.1%), crude fibre (11.12%) and ash (33.98%). All these vitamins and minerals contribute to high antioxidant values of waterleaf.

Several convincing studies have been carried out on waterleaf to reveal both its nutritional, medicinal and therapeutic benefits.

Waterleaf sauce can also be eaten with roasted yams, roasted plantains or roasted potatoes. You can also pair waterleaf sauce with any best candied yams recipe of choice. Whichever way you want to prepare your waterleaf dish, always remember not to overcook the vegetables in other to avoid significant loss of its vitamins and minerals contents. Besides, overcooking destroys most of all the soluble oxalate present in the vegetable.

Medicinal Properties
Aja et al., (2010) carried out a phytochemical analysis of Talinum triangulare in other to ascertain its medicinal properties. They found out that waterleaf is an excellent source of tannins, alkaloids, saponins and flavonoids, which suggests its potential medicinal and dietary benefits. The results show that the leaves contain a reasonable proportion of bioactive compounds that are essential for preventing and treating various ailments.

Antioxidant Properties
Antioxidants protect the body cells against the damaging impacts of reactive oxygen species (ROS). It is important to note that if any sort of imbalance occurs between antioxidants and reactive oxygen species, then there are high chances of oxidative stress that can lead to cellular damage. According to Farombi and Fakoya, (2005), antioxidants also help to prevent and minimise the reactive effects of free radicals, including oxidative damage to membranes and increased enzyme inactivation or susceptibility to lipid peroxidation.
In an attempt to ascertain the antioxidant properties of waterleaf, Liang et al., (2011) evaluated the antioxidant and hepatoprotective activity of polysaccharides from this vegetable. In vitro assays of waterleaf revealed that there are various degrees of antioxidant activities in dose-dependent manners. The crude waterleaf showed a relatively strong antioxidant activity, while the 40% Talinum triangulare (TTP) showed the strongest antioxidant activity, and the 60% TTP had the weakest antioxidant ability. The results support that waterleaf contains high antioxidant properties.
Supports the Liver
Talinum triangulare leaves have shown to be effective for treating liver diseases by lowering the concentration of the enzymes in the blood. Liver diseases remain a major cause of death all over the World. Ezekwe et al., (2013) examined the impact of methanol extract of Talinum triangulare on the liver and blood. The results of the phytochemistry show that the leaves are a rich source of bioactive compounds.
The liver function enzyme test also showed that a dose-dependent suppression of oxidative damage in the liver cells was possible by administering the methanol extracts of T. triangulare. They concluded that T. triangulare leaves are essential for supporting the liver and for boosting the overall well-being of the body.
Treatment of hepatic Ailments
Liang et al., (2011) reports that waterleaf can be suitable for tackling hepatic ailments.
Recommended for Pregnant Women
Ezekwe et al., (2013) recommended that waterleaf should be part of pregnant women’s diet as the vegetable helps to prevent anaemia as well as boosts the blood level. This is because the plant has the ability to clear bilirubin from blood, which suggests that it can help the red cells to remain longer and be effectively utilised by the body.

Enhances Cerebral Functioning Ofusori et al., (2008) verified the impact of waterleaf aqueous extract on the cerebrum of Swiss albino mice. The cerebral tissues were assayed for Malondialdehyde (MDA) and catalase activities while some were fixed in 10% formol calcium for routine histological study. The histological findings after the Haematoxylin and Eosin (H&E) staining showed that the treated parts of the cerebrum have no degenerative changes and no intercellular vacuolations in the stroma. A dose-dependent reduction (p<0.05) in MDA activities in the treated groups was also reported. This shows the tendency of waterleaf to inhibit oxidative stress thereby averting neuronal injury. These researchers recommend the need for regular intake of waterleaf as it supports the neurons of the cerebrum and enhances the cerebral functioning. Aids Easy Digestion Due to the high dietary fibre found in waterleaf, this green leafy vegetable is highly recommended on a daily basis to aid easy digestion of food. Proper food digestion is essential for preventing gastrointestinal disorders such as indigestion, constipation, flatulence and irritable bowel syndrome (IBS). Laxative Effects Waterleaf is packed with essential antioxidants and soluble fibres that act as a mild laxative. So if you want to treat any irregularities in your body and restore your body to normalcy, eat enough waterleaf. Regulates the Blood Sugar Level Joshua et al., (2012) report that Talinum triangulare is essential for managing diabetes mellitus. The high dietary contents of this vegetable help to slow down the digestion and conversion of starch to simple sugars. It is worthy to note that this is essential for managing diabetes mellitus. Regulates the Cholesterol Level Due to the high dietary fibre content of waterleaf, Joshua et al., (2012) pointed out that this vegetable is essential for regulating the cholesterol level. This is because the dietary fibre reduces the absorption of cholesterol from the gut thereby protecting the body from any sicknesses associated with bad cholesterol in the body. Prevents Cancer Due to the high antioxidant found in waterleaf, studies reveal that it is suitable for preventing the onset of cancer and tumour growths. Management of Cardiovascular Diseases Adewunmi et al., (1980) pointed out that waterleaf can be useful for preventing the onset of cardiovascular diseases such as stroke. Weight Management Mensah et al., (2008) reveal that the high dietary fibre in waterleaf provides bulk in the diet thus minimising the intake of starchy foods. This helps to prevent obesity and excess body weight. Poultry Feed Animal feeds are presently becoming so expensive thus the need for cheaper alternatives. Nworgu et al., (2015) evaluated the use of water leaf meal as supplements for soya bean meal and groundnut cake while formulating broilers feeds. The waterleaf meal was partly used to replace soya bean meal (SBM) and groundnut cake (GNC) in the broiler feed. However, all other ingredients remained constant. The broilers were weighed at the onset of the experiment and on a weekly basis throughout the experiment. The result shows that waterleaf meal is an ideal protein supplement for broilers especially for broiler finishers without any detrimental effects on their performance.

How to Grow Waterleaf Plant
Waterleaf thrives well in a humid and cloudy environment and here are the procedures for growing your waterleaf at home.
~ Till the ground, manure and water the soil. Alternatively, you can add sand mixed with manure and water in a bucket.
~ Plant the waterleaf seeds on the tilled ground.
~ Remember to water the waterleaf on a daily basis if you planted it during the dry season.
~ After planting, it takes approximately 8 to 12 weeks to harvest the waterleaf.
~ Use a knife to cut the waterleaf young shoots at the branches. After a few days, young shoots and leaves will begin to sprout out from the cut edges.

HI THERE.. IT IS GREAT TO MEET YOU.. Cooking is a passion I developed at a very tender age from my mum and this online platform is where I aim to share and grow knowledge in all things cooking.
View all posts by Blessing Okpala →
12 BREATHTAKING BENEFITS OF TERMITES
PREDICT YOUR HEALTH