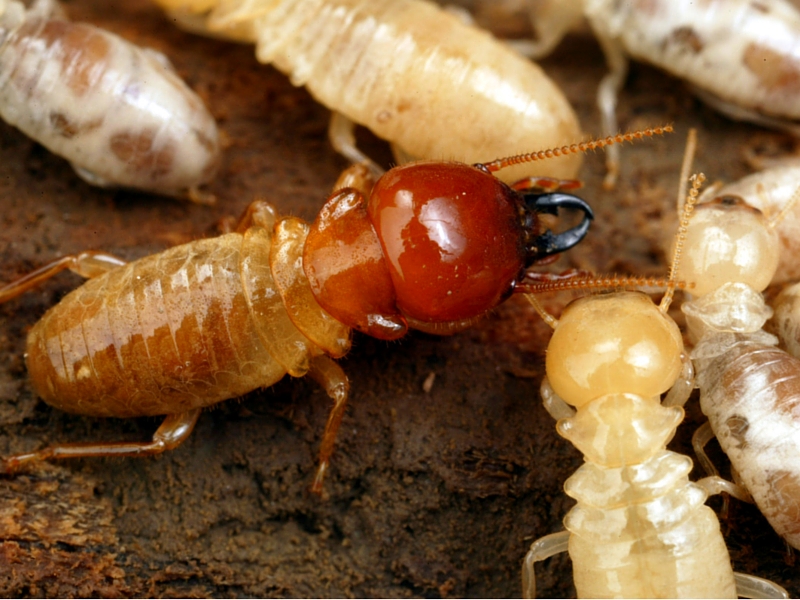 Hey, you mean termite? Is termite edible? Why would I eat termite? Are there any specific termite recipes? These and many more questions may be going on in your mind right now. Well, termite is edible but not all species. Yes, you can eat edible termite because it is safe to eat, it is nutritious and it is equally delicious. Some termite recipes and method of preparations are further discussed in this article.

The fact is that certain insects contribute both positively and negatively to humanity of which termite illustrates this scenario. Even though termite is beneficial to humanity in several ways, yet this insect pose tremendous economic damage to our ecosystem. Being a natural source of medicine and food especially in the developing and underdeveloped parts of the world, termite remains widely recognised as an important insect.

Termite is a social insect that belongs to the family of Termitoidae and infraorder of Isoptera. This family is made up of 4 subfamilies namely; Apictotermitinae, Macrotermitinae, Termitinae and Nasutitermitinae. Even though termite is sometimes referred to as a white ant, yet it is not in any way an ant. Termite is categorised into fertile male (king), fertile female (queen), sterile male (worker) and sterile female (soldiers).

This insect normally raises its young as a group. It is a detritivore since it normally feeds on cellulose and dead organic materials such as plant detritus, seeds, grasses, faeces, litters, leaves, soil, dead bodies, dead animals and waste products etc. Termite sheds its wings when it spots a conducive place to build its nest. Being referred to as a silent destroyer, this insect can silently eat up trees, buildings, papers, woods and properties unnoticed.

Termites measure approximately 4 to 15 millimetres in length. They usually bear a tiny labrum and a clypeus, which is divided into an anteclypeus and postclypeus.  Most soldier and worker termites are blind as they lack eyes however, some species, like Hodotermes mossambicus are distinguished by their compound eyes. Termite's antennae has a sense of feel, taste, vibration, touch, heat and odours (pheromones). The worker termites carry out the major task such as providing food, storing food, foraging, building and maintaining the nest. 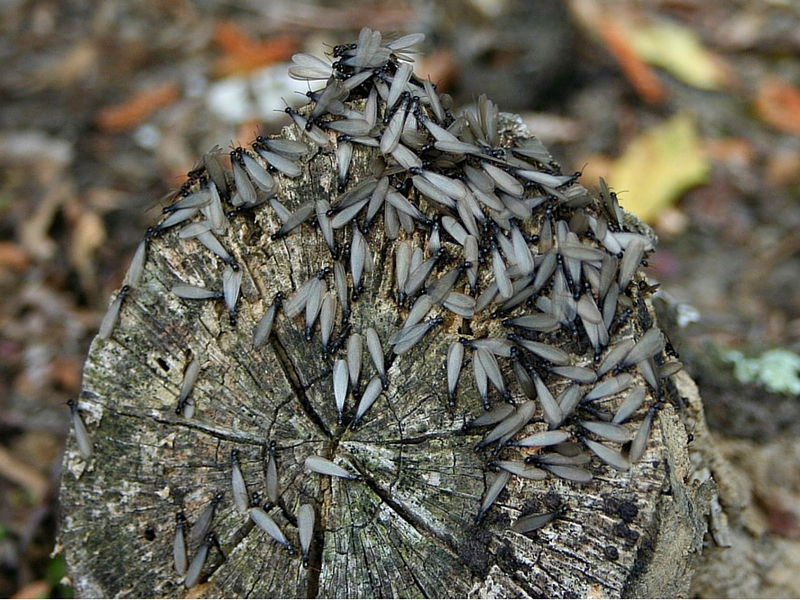 Termite queen is considered the only insect with the longest lifespan on earth at up to fifty years of age. Just like the grasshopper, termite undergoes incomplete metamorphosis from egg, nymph to adult. The queen termite produces the egg for the colony whereby the abdomen expands to boost fertility.

During a certain time of the year and at the onset of nuptial flight, the queen produces reproductive winged alates and large swarms of termites from the colony. The flying termites and termite alates migrate from the colony during the nuptial flight in search of a convenient place. Termites mounds are normally constructed out of a mixture of termite saliva, termite dung and soil. Even though the mounds look solid, yet the structures are very porous with tiny interstices through which air and liquid can pass through. Kudos to Jared from pestpush for capturing the termites' mounds picture below. 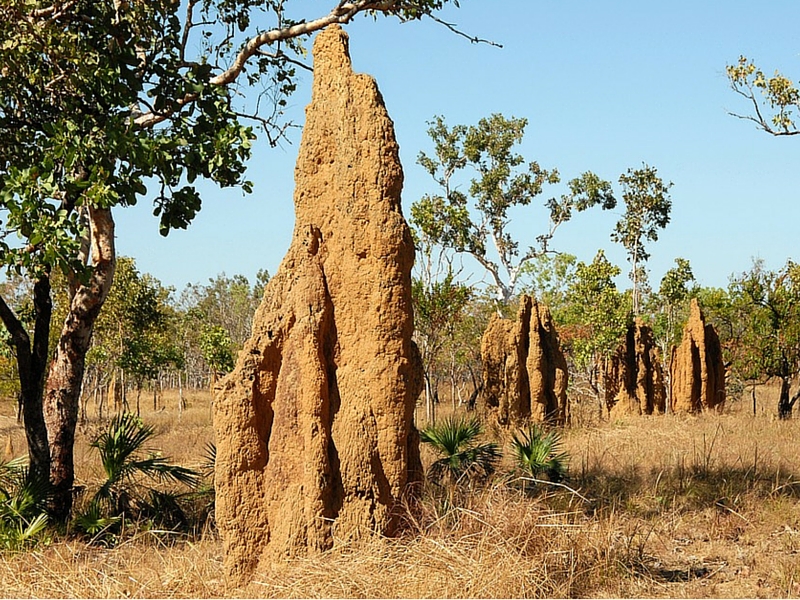 Ntukuyoh, et al., (2012) examined the proximate composition, mineral, vitamin and anti-nutrient contents of termite queen, workers and soldiers of Macrotermes bellicosus. The proximate composition revealed that the crude protein content of the soldiers was higher unlike that of queen and workers. The highest mineral content was sodium found in queen, while the least mineral was manganese found in the termite soldiers. Termites are rich in vitamin A, vitamin C, fat while anti-nutrient components were low. Their study showed that termite is a good source of protein and other micro and macronutrients and as such its consumption should be promoted. 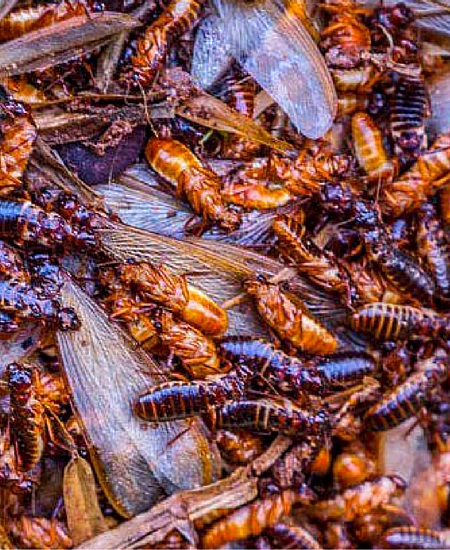 Culinary Purposes
Certain termite species, for example, the flying termites, flying Alates or Macrotermes bellicosus, queen termites, reproductive soldier termites etc are edible and remain a major source of food especially in the developing and underdeveloped parts of the world.

Flying alates are known by different names by different people for example, the Igbo people refer to it as aku mkpu, Akwa-ibom people refer to it as ebu, Yorubas call it esusun while the Hausa people call it khiyea. The flying termites are usually collected while flying or after their wings have fallen off. During collection, these termites are added in bucket or bowl of water after which they are properly cleaned.

Afterwards, the ants are either fried in their fat or in oil before consumption. Fried termites are also used for preparing uma leaves moi moi, plantain moi moi (ukpo ogede), beans etc dishes. Termites can also be steamed, roasted or boiled before consumption.

Antibacterial Properties
Solavan et al., (2007) investigated the antibacterial ability of the termites mostly used by South Indians for treating diseases associated with microorganisms. The antibacterial activities of 90% alcohol extracts of 3 species of subterranean termites, namely; Odontotermes formosanus Shiraki, Microtermes obes Holmgren and Macrotermes estherae (Desneux) including their mounds and nearby soil extracts were collected and assayed against various bacterial strains. The antibacterial activity was higher in Odontotermesformosanus Shiraki and its mound extracts because they inhibited all the bacterial strains studied. The highest antibacterial activity was present in Odontotermesforniosanus at 12.6 +/- 0.5 mm and its mound extracts at 14.3 +/- 1.1 mm against E. coli BL21. The MIC values equally varied with the test organisms and extracts used ranging from 10 mu g/disc to 50 mu g/disc. They observed no activity in the negative control and the soil extracts gathered from nearby termite mounds. The results of this study are quite relevant to modern medicine and pharmaceuticals.

Medicinal Purposes
The use of termites for medicinal purposes is common especially in the rural parts of the world including Australian Aboriginal. Figueirêdo et al., (2015) examined the use of termites for medicinal purposes by analysing several literature reviews. Their findings showed that approximately 45 species of termites from four families are used all over the world, with 43 species being part of human diet and livestock feeds. Nine termite species were recorded to be used for therapeutic purposes. Africa is the continent with the highest number of usage, followed by America and Asia respectively. The results show that termites are useful for medicinal and food purposes to humanity.

Ecosystem Support
Termites are detritivores because they feed on dead organic materials. They support the ecosystem by recycling waste matters such as faeces, dead animals, dead wood, plants and cellulose etc. Studies reveal that termites produce up to 11% of atmospheric methane, which is among the prime greenhouse gases, formed during the breakdown of cellulose. Termites break down complex molecules that plants could not use by feeding, decomposing and defecating into the soil. This equally helps to recycle and increase the soil nutrient contents. Termites also help to aerate the soil while building their mounds that contain a high amount of phosphorous and nitrogen to support plant growth.
Treatment of Gastric Disorders
Some countries use termites for treating gastric disorders. Kaolin, which is a medicinal clay substance found in mounds is used in folk medicine for treating gastric disorders.
Treatment of Gastrointestinal Diseases
Termite mounds are used in preparing herbal medicines for treating gastrointestinal diseases due to the kaolin clay substance found in it. It can be used for treating cholera, dysentery, swelling of large intestine, indigestion, stomach ache and diarrhoea
Ulcer Treatment
Solavan et al., (2006) study showed that Odontotermes formosanus can be used for treating ulcer.
Essential for Pregnant Women
Termite mounds are used for preparing herbal concoctions applied on the stomach of pregnant women. Studies reveal that the mounds contain a high amount of calcium and iron that are helpful for pregnant women.
Analgesic Properties
Wilsanand (2005) report that Odontotermes formosanus contains analgesic properties and as such can be effective for treating pain, rheumatism.
Antifungal Properties
Ramos-Elorduy (2005) reported that the products isolated from termites, such as peptides, espinigerine, termicine showed antifungal properties.
Livestock Feeds
Termites are not only a source of food to man but also to animals, birds etc. 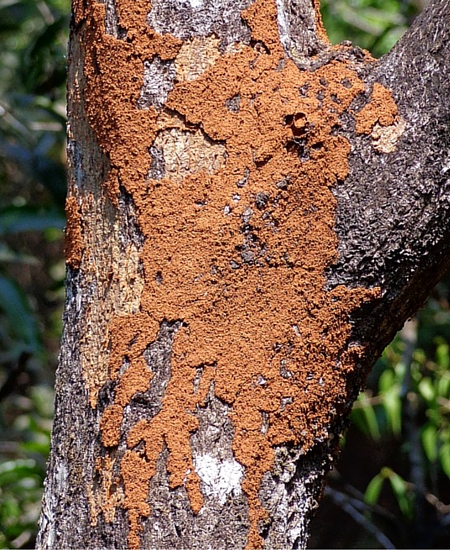 Being a major pest to humanity, several termite control methods and organic pest control have been introduced to exterminate this pest. However, Sileshi et al., (2009) pointed out that certain termite control practices can be detrimental to human health and the environment as well. As a result, a more balanced approach is needed to ensure human and ecosystem safety. Most pest control companies or individuals use several termiticides as termite pest control and they include; appron plus, battery carbon, dieldiers, furadam, fumigation and organochlorine insecticides. They are in use today for destroying and controlling termites. In fact, most pest control companies use these chemicals for tackling termites however, these accumulate in plants and the environment thereby posing risks to human health, animals and the ecosystem.

In an attempt to minimize the usage of chemicals for termites control, some biological alternatives deemed as the best pest control are in use for example; wooden mulch destruction, mud-fish intestine, urine, flooding, paraffin, neem, nematodes, essential oils, petroleum jelly, fire, sugarcane husks, cow dung, electrocution, ash and manual destruction of termites. It is highly recommended to carry out termite inspection from time to time in other to detect quickly their presence and apply termite treatment. Peradventure you know of any other better pest exterminator for this insect control then let us know in the "comment section".

Side Effects of Termites
Always be careful with termites as they can sting and bite, however, they do not release toxic substances to the wounds. Studies reveal that termites do not transmit harmful diseases to humans, howbeit, individuals living in termites infested vicinities may experience some allergic reactions including asthma attacks. Most people are also allergic to termite dung and saliva and as a result, such people should refrain from having close contacts with termites.

HI THERE.. IT IS GREAT TO MEET YOU.. Cooking is a passion I developed at a very tender age from my mum and this online platform is where I aim to share and grow knowledge in all things cooking.
View all posts by Blessing Okpala →
16 OUTSTANDING BENEFITS OF CRAB
15 WORTHY BENEFITS OF WATERLEAF (TALINUM TRIANGULARE)