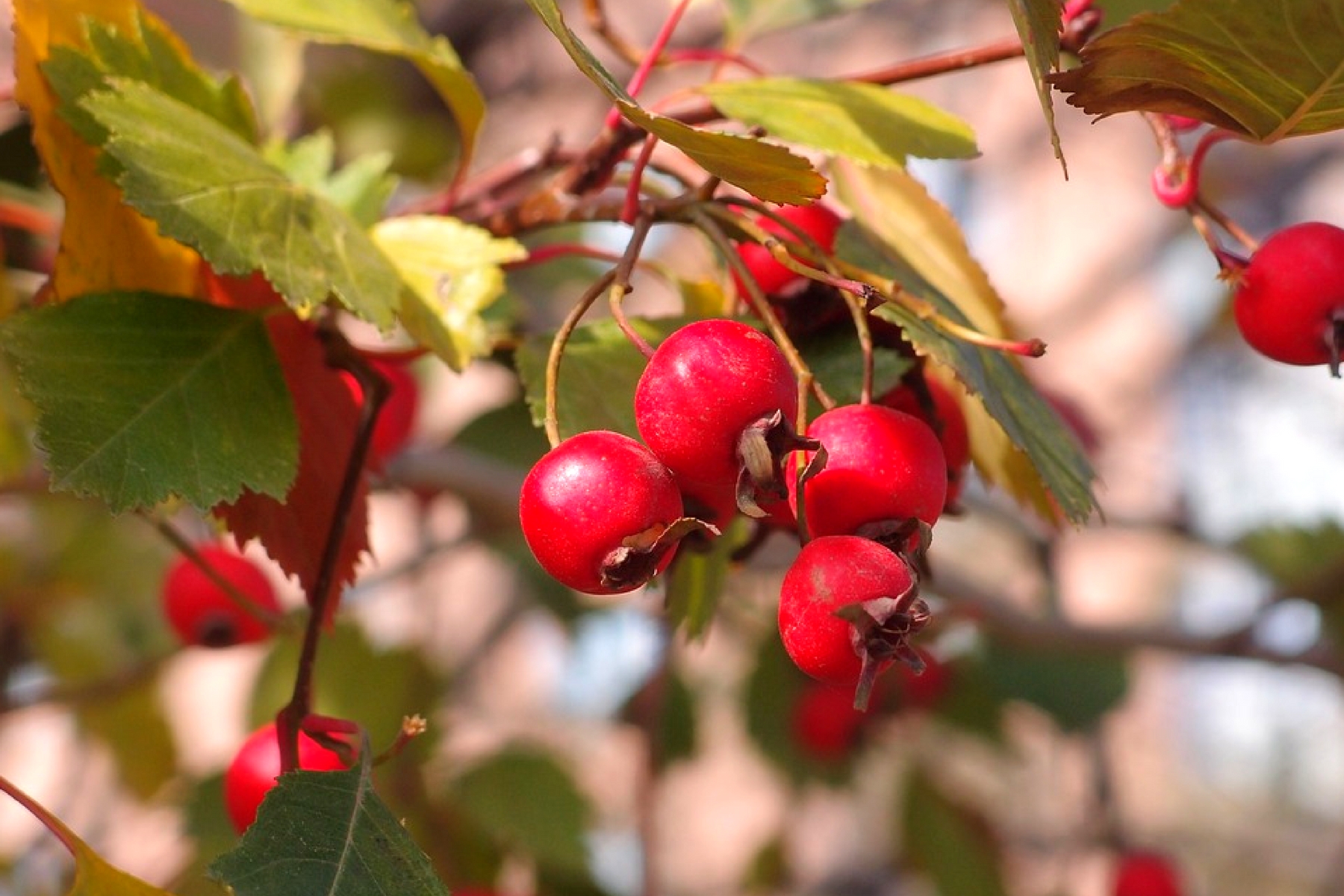 Nature has endowed us with loads of medicinal plants that contribute in several ways towards supporting our health. Most of these plants are a source of food while others are used for producing both traditional and orthodox medicines. One of such medicinal plants that are integral to the healthy functioning of our body is hawthorn.

Hawthorn is considered an important plant due to its efficacy in tackling several ailments such as kidney stones, dyspnea (difficulty in breathing), indigestion and cardiovascular disorders etc. Hawthorn is a general name for over 280 plant species that are of the genus Crataegus. Hawthorn belongs to the family of Rosaceae and thrives mainly in the temperate parts of the world such as Europe, eastern North America and East Asia.

It is a thorny shrub that is remarkable for the therapeutic efficacy of its entire parts such as the berry, leaf, root, bark, flower and stem. Hawthorn can be consumed as a liquid extract, tea or in a powder form. The flowers are white coloured, the berries are reddish in colour while the leaves are greenish in colour.

The lobed leaves are spirally arranged on the long shoots while the fruit (haw) has a similar appearance to the stone of a plum. The red bright coloured hawthorn fruit is distinguished by its tart taste and it also has a similar taste with over-ripe apples. Each of the berries contains between 1 to 5 seeds but this is totally dependent on the cultivar.

Hawthorn is also known as hawberry, whitethorn, mayhaw, tejocotes, thornapple, shānzhā (山楂) or May-tree. The plant usually grows between 5 to 15 metres height while the small sharp-tipped thorns measure between 1 to 4 centimetres long. Some species of Crataegus include; Crataegus monogyna, Crataegus fluviatilis, Crataegus ambitiosa, Crataegus putnamiana, Crataegus berberifolia, Crataegus mercerensis, Crataegus okanaganensis, Crataegus oxyacantha, Crataegus pinnatifida and Crataegus viridis etc.
Several hawthorn cultivars are used for medicinal purposes due to their high nutritional, therapeutic and chemical constituents. Researchers have revealed that hawthorn fruit is an excellent source of antioxidants such as flavonoids (ursolic acid, chlorogenic acid, rutin, epicatechin, protocatechuic acid, quercetin, hyperoside and isoquercitrin). Chang et al., (2002) reviewed 54 references that address every aspect of hawthorn, including its chemical constituents, traditional uses, clinical effects and pharmacological properties.
They revealed that both the hawthorn flowers, fruits and leaves contain several chemical compounds such as triterpene acids (0.5% to 1.4% in fruits), flavonoids (0.1% to 1% in fruits, flavonoids (1% to 2%) in flowers and leaves, oligomeric proanthocyanidins (1% to 3% in flowers, fruits and leaves), 14 sterols, organic acids (2% to 6%) and traces of cardioactive amines. However, the primary bioactive compounds of hawthorn are the oligomeric procyanidins (OPCs) and flavonoids. 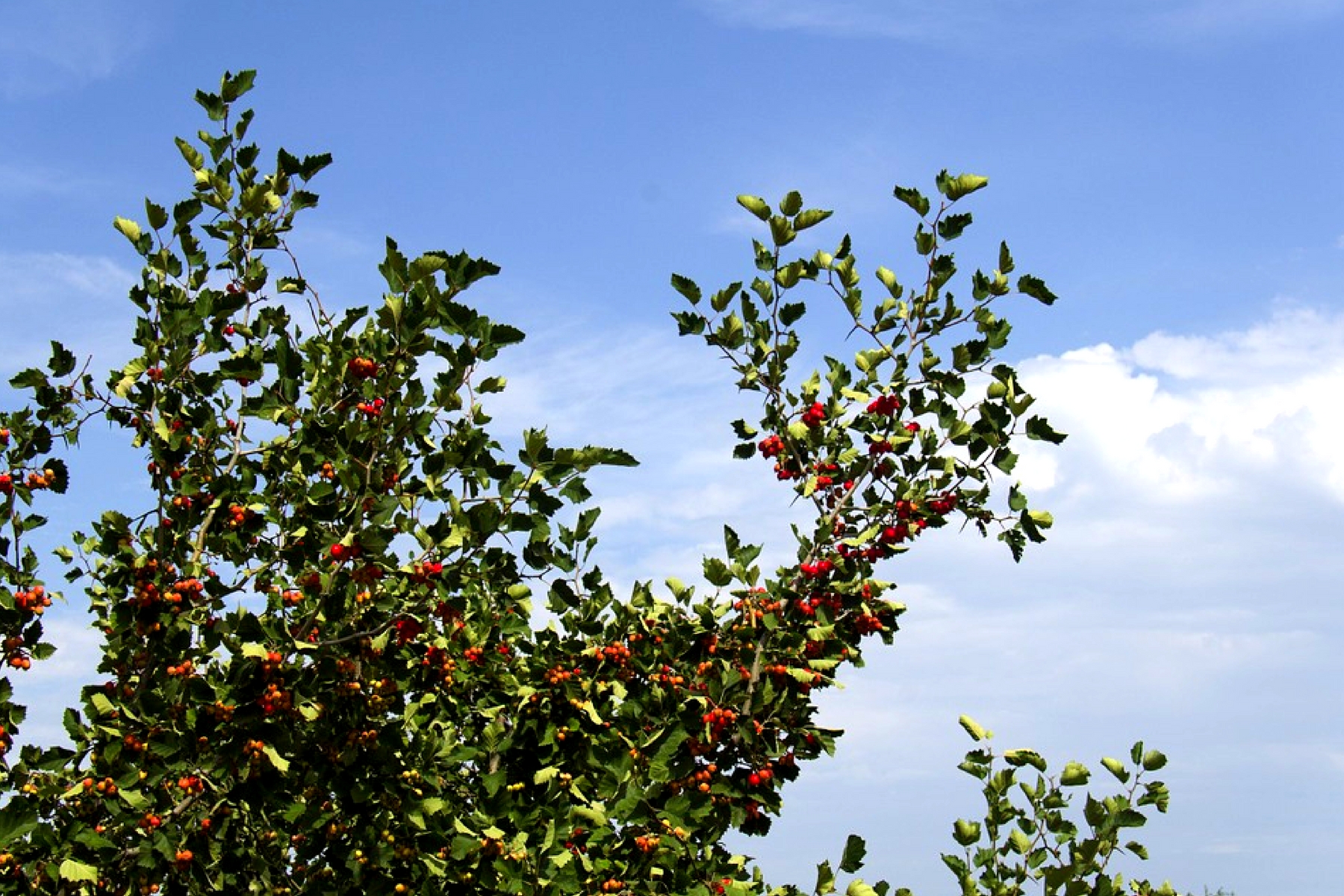 Edible Purposes
Both the leaves and fruits of hawthorn are edible. The hawthorn fruits can be used for producing wine, juice, jelly, jam, rielitos, canned fruit, alcoholic beverages, hawthorn vinegar and liquor. The young leaves can be added to salads and can be used for preparing soups and stews.
Antibacterial Activity
Lakshmi et al., (2013) examined the antibacterial potentials of hawthorn berry ethanolic extract (HBEE) against the enteric pathogens responsible for causing diarrhoea. These enteric pathogens include; E. coli, S.boydii, S.typhi and V.cholerae.
The minimum inhibitory concentration (MIC) and minimum bactericidal concentration (MBC) were determined using macrobroth dilution method. The results showed that hawthorn berry ethanolic extract exhibited significant antibacterial activity against the enteric bacterial pathogens tested at different concentrations. Therefore, hawthorn can be used to tackle enteric infections such as diarrhoea.
Here are other plants for treating diarrhoea!

Aids Easy Digestion
Chang et al., (2002) reported that hawthorn fruits are incorporated in traditional Chinese medicine for aiding easy digestion and proper functioning of the stomach. This suggests why hawthorn is mostly prescribed for treating indigestion with epigastric distension as well as  for abdominal pain.
Antioxidant Properties
Çaliskan (2012) evaluated the antioxidant activity, total phenolic content and antioxidant capacity of 5 Crataegus species. The antioxidant activity and total phenolic content of the fruits were determined using Folin-Ciocalteu assays and β-carotene bleaching. The antioxidant capacity was determined by using 2,2-diphenyl-1-picrylhydrazyl (DPPH) assay. The results showed that hawthorn fruit species can serve as an excellent source of natural antioxidants. The researchers recommended that the intake of hawthorn fruit and its products are a rich source of antioxidants to the body.

Keser et al., (2014) investigated the antioxidant properties and some bioactive compounds of hawthorn aqueous and the ethanol extracts of the ripened fruits, leaves and flowers. The antioxidant activities of the extracts were assessed on ABTS•+, DPPH•, reducing power, superoxide scavenging, ferrous metal chelating activity assays and the phenolic content of the extracts using Folin—Cioacalteu’s reagent. Flavonoids such as kaempferol, rutin, naringenin, apigenin, quercetin and myricetin were identified based on high-performance liquid chromatography in the hawthorn extract.
The results showed that the ethanol and aqueous extracts of hawthorn fruits possess the highest activity in metal chelating activity and reducing power assays. Furthermore, it was shown that the aqueous flower extract possesses higher flavonoid content than the aqueous leaves extract. The researchers attributed the antioxidant ability of hawthorn to its polyphenolic contents.

Cholesterol Lowering Effects
Lin et al., (2011) examined the lipid-lowering effects and the processes involved in hawthorn’s actions. Hawthorn powder extracts inhibited acyl CoA:cholesterol acyltransferase (ACAT) activity in Caco-2 cells. The inhibitory activity of hawthorn was positively linked with triterpenic acid (ursolic acid and oleanolic acid) found in the extracts. They further studied the cholesterol-lowering effects of hawthorn and its potential additive effect with plant sterol esters (PSE) in hamsters.
These animals were fed a semisynthetic diet that contains cholesterol at 0.08% (control) or the same diet augmented with (a) hawthorn dichloromethane extract 0.37%, (b) plant sterol esters 0.24% and (c) hawthorn dichloromethane extract at 0.37% (d) 0.24% plant sterol esters or (e) ursolic acid and oleanolic acid mixture (0.01%) for consecutive four weeks.
When compared with the control diet, the hawthorn, plant sterol esters, ursolic acid and oleanolic acid significantly reduced the plasma non-HDL (VLDL + LDL) cholesterol concentrations. The hepatic cholesterol ester content was also lowered accordingly. These researchers attributed the cholesterol-lowering effects of these ingredients to their abilities to boost the faecal neutral sterol excretion. The ursolic acid and oleanolic acid are responsible for the cholesterol-lowering effect of hawthorn due to their ability to inhibit the intestinal ACAT activity. Furthermore, hawthorn and its bioactive compounds (ursolic acid and oleanolic acid) boosted the cholesterol-lowering effect of plant sterols.
Treatment of Cardiovascular Diseases
Chang et al., (2005) reported that hawthorn can play an important role towards preventing and treating cardiovascular diseases such as hyperlipidemia, heart failure, hypertension and arrhythmic (heart without rhythm or irregular heartbeat). The ability of this plant to treat cardiovascular diseases is attributed to its constituents of antioxidants such as flavonoids.
Furthermore, Asher et al., (2012) attested that hawthorn extract has been used since time immemorial for treating cardiovascular diseases. Several clinical experiments have demonstrated the efficacy of hawthorn for treating heart failure and for lowering the blood pressure. The blood pressure lowering tendency of hawthorn is attributed to its constituent of flavonoids and nitric oxide-mediated vasodilation. Hawthorn tea is usually consumed for treating cardiovascular disorders.

Treatment of Inflammatory Bowel Disease (IBD)
Fujisawa et al., (2005) examined the protective effect of hawthorn fruit on two murine colitis models namely; dextran sulfate sodium (DSS) and 2,4,6-trinitrobenzene sulfonic acid (TNBS) colitis. The mice that developed acute colitis exhibited symptoms of gross rectal bleeding, weight loss and diarrhoea within ten days. Interestingly, hawthorn fruit (2 g/kg body weight) restored the body weight, colon length and increased the haemoglobin count in these experimental animals.
The hawthorn fruit reduced the signs of inflammation such as infiltration by polymorphonuclear leukocytes and multiple erosive lesions as well as improved the leukotriene B4 (LTB4) (a biochemical parameter of inflammation mass). The results show that hawthorn fruit and its extracts can be used for treating inflammatory bowel disease.
Relieves Fullness from Overeating
Lin et al., (2011) reported that the intake of 10 g/day of dry hawthorn helps to relieve fullness after overeating or after consuming a fatty meal.

Construction Purposes
Some hawthorn species wood is durable, hard and resistant to decay. As a result, the wood is suitable for constructing fence posts, tool handles and wood engraving.
Side Effects of Hawthorn
Studies reveal that mild side effects of excessive intake of hawthorn are sedation and nausea. Moreover, it is worthy to note that an overdose of hawthorn can lead to cardiac arrhythmia and can drastically lower the blood pressure. Individuals on digoxin (cardiac stimulant) are advised not to take hawthorn.

HI THERE.. IT IS GREAT TO MEET YOU.. Cooking is a passion I developed at a very tender age from my mum and this online platform is where I aim to share and grow knowledge in all things cooking.
View all posts by Blessing Okpala →
17 AWESOME BENEFITS OF THE TROPICAL ALMOND
11 POWERFUL BENEFITS OF MUNG BEANS