HERE ARE SOME EXCEPTIONAL BENEFITS OF COCOA 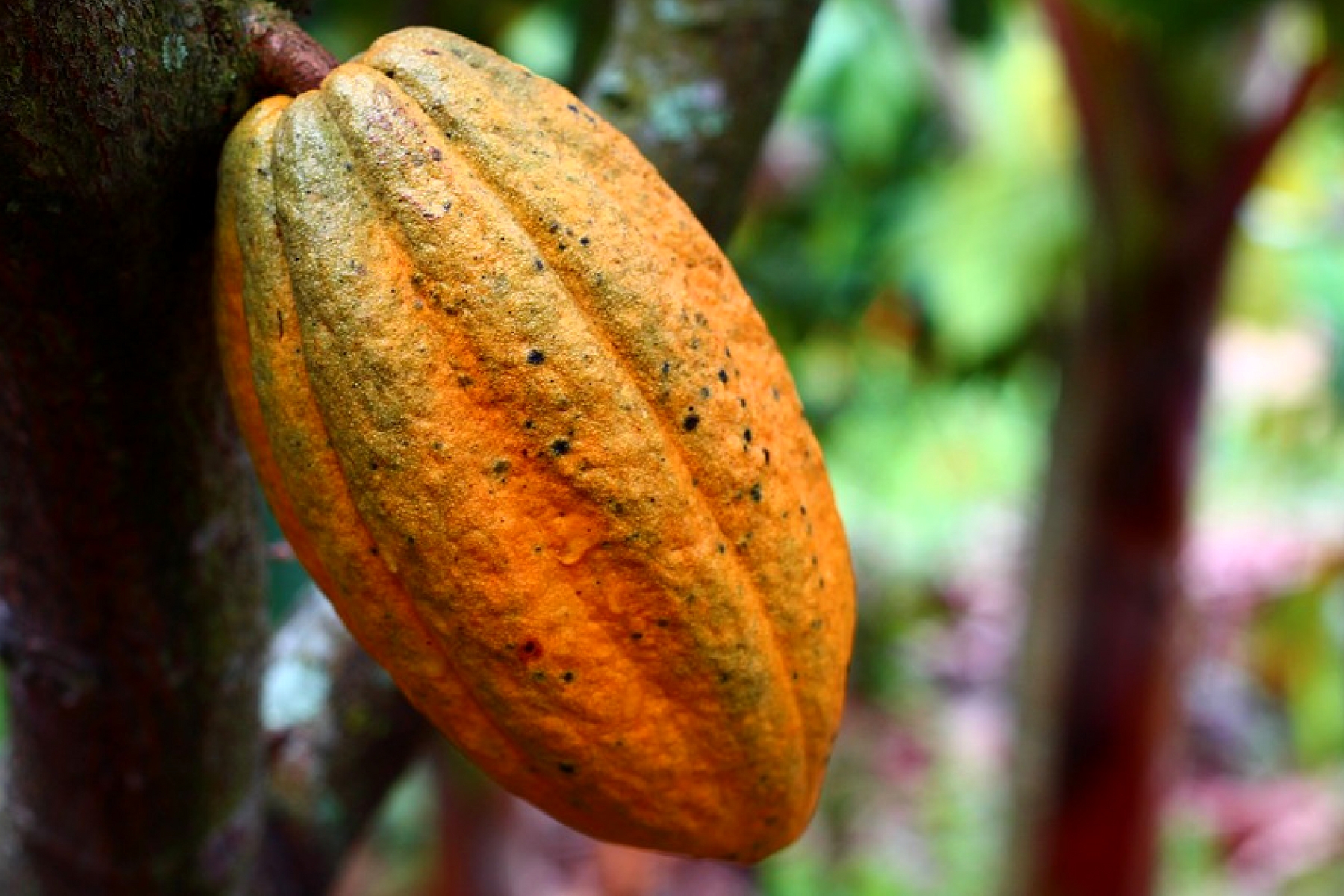 A greater part of the world population, especially the developing countries depend so much on traditional medicines obtained from plants. Most of these medicinal plants are sources of food and means of tackling several chronic diseases. Interestingly, this has remained the key reason why there are several ongoing studies in this regard.

No doubt plants are natural sources of several chemical compounds, of which most of them are effective for promoting our wellbeing and for fighting diseases. One important plant that has gained global recognition due to its potential health benefits is cocoa. Well, at the mere mention of cocoa, one would easily think of chocolate or chocolate products. However, it is important to note that this amazing plant also offers numerous  remarkable benefits than just being a source of beverages.

Having mentioned the above, it is noteworthy that several studies have revealed that cocoa and its derivatives can be beneficial to us in several ways such as; neuroprotective, immune regulation, antidiabetic, antioxidant, anti-inflammatory and anti-obesity etc. Cocoa (cacao or kakao) is the fruit of the Theobroma cacao L. tree, which grows mostly in the tropical parts of the world such as South America, Africa, Mexico and Amazon basin etc.

Cocoa belongs to the genus Theobroma and the Sterculiaceae family. It is a cash crop of high economic importance and the major raw material for chocolate production. There are several cocoa products that are highly nutritious however, chocolate remains the richest source of energy, riboflavin, calcium, protein, iron and magnesium, which are required for the healthy functioning of the body.

There are 3 major varieties of cocoa plant namely; Trinitario, Forastero and Criollo, however, Forastero is the most popular. Cocoa tree grows between 8 to 15 metres in height. It is perennial in nature and produces pods from which the cocoa beans or cocoa seeds are gotten. Cocoa pods are distinguished by their oval shape and rough, leathery rind.
Unripe cocoa pods can be green, purple or reddish in colour while the ripe ones are yellowish in colour. The cocoa pods measure between 12 to 30 centimetres long while the rinds measure between 2 to 3 centimetres thick depending on the cocoa variety. The kakao pod grows directly from the branch of its tree, which aids easy hand plucking of the pods.
Each cocoa pod contains between 25 to 50 cocoa beans that are encapsulated in a mucilaginous pulp. The pulp makes up almost 40% of the cocoa bean fresh weight. Cocoa seeds are quite soft when fresh but tend to be hard when dry. Moreover, the seeds can be distinguished by their pale purplish to dark brown colour. The cocoa bean is the source of cocoa butter and cocoa solid, which are produced using an extraction method. The distinctive bitter taste of cocoa is due to diketopiperazines reaction with theobromine (present in cocoa husks) during roasting. 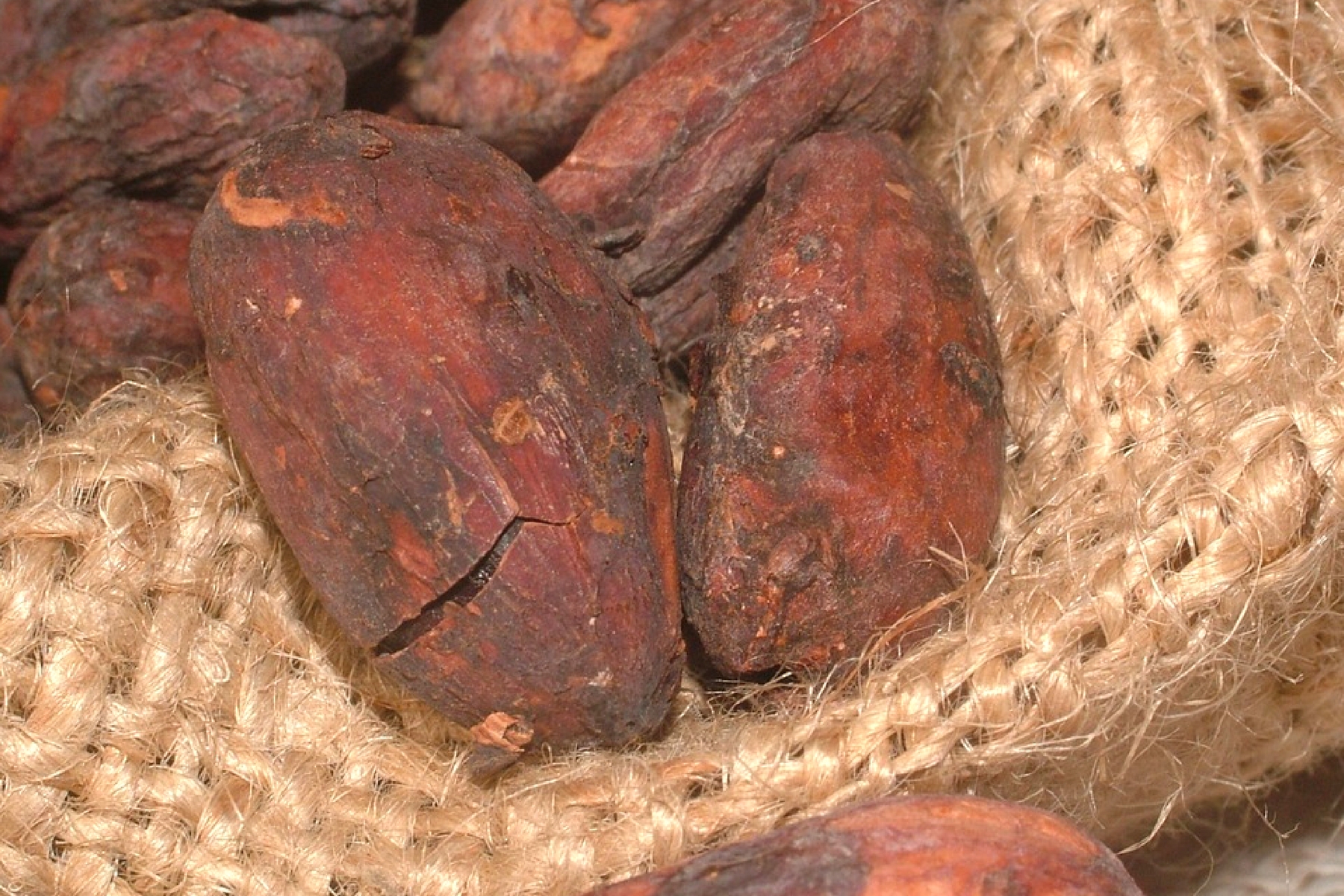 Here are some Exceptional Benefits of Cocoa

Edible Purposes
Cocoa is the main raw material for producing cocoa powder, which can be used for making beverages, chocolates, ice cream, yoghurt, syrup, jellies, chocolate brownies (fudgy brownies), confectioneries, chocolate cakes, chocolate desserts and milk chocolate. Cocoa beans can also be used for making Mexican mole sauce and tejate.
Protects against Lung Cancer
Bauer et al., (2016) evaluated the effect of cocoa beans subjected to different processing conditions on cell viability and apoptosis of human lung cancer cells (A549). These researchers measured the viability of lung cells treated with cocoa beans, unroasted slates (US), roasted slates (RS), unroasted well fermented (UWF) cocoa, and roasted well fermented (RWF) cocoa for 24 hours using an MTT assay. They observed a reduction in the viability of A549 cells after treatment with cocoa bean extracts. Therefore the study suggests that cocoa beans may offer protection against lung cancer due to its strong antioxidative properties.
Neuroprotective Effects
Ramiro-Puig, et al., (2009) examined the role of cocoa extract and its main flavonoid, (-)-epicatechin in an in vitro model of oxidative stress induced in a neuronal cell line. The experiment showed that cocoa extract and (-)-epicatechin can exhibit a neuroprotective effect.
Protects against Anaemia
Being an excellent source of iron, chocolate is considered effective for fighting against iron deficiency anaemia.
Antibacterial Activity
Ariza et al., (2014) observed the antibacterial activity of cocoa ethanolic extract against Escherichia coli. This result shows that cocoa ethanolic extract is an effective antibacterial agent for tackling bacterial resistance.

Antioxidant Activity
Cocoa contains antioxidants, which are free radical scavengers that can (a) protect DNA, (b) remove potentially damaging oxidizing agents in a living organism, (c) prevent plaque formation on the arterial walls, (d) inhibit oxidation and (e) preserve the cell membranes. The antioxidant effects of cocoa are due to its rich constituents of catechin, procyanidins and epicatechin, which inhibit the oxidation of Low-density lipoprotein cholesterol (bad cholesterol).
Ibrić and Ćavar (2014) investigated the total phenolic contents and antioxidant activity of cocoa powder and various chocolate extracts. The total phenolic compounds content was obtained using spectrophotometric Folin-Ciocalteu method and it varied from 0.046 ± 0.013 to 0.376 ± 0.022 mg GAE/g. These researchers tested the antioxidant activity of the extracts using the total antioxidant capacity method. The results showed that cocoa powder and chocolate contain a high amount of total phenolics and high antioxidant activity.
Reduces the Risk of Cardiovascular Disease
Cocoa is an excellent source of polyphenols, which are known to exhibit positive effects on cardiovascular disease. Furthermore, the anti-inflammatory activity and the blood pressure lowering effects of dark chocolate also contribute to its ability to combat CAD. According to Di Castelnuovo et al., (2011), daily consumption of anti-thrombotic diet is essential for combating coronary artery disease (CAD).
Antithrombotic diet helps to reduce the formation of blood clots (thrombi) thereby reducing the onset of cardiovascular diseases. Being an excellent source of polyphenols (flavonols and cathechins) and its antithrombotic effects similar to aspirin, dark chocolate is deemed effective for protecting against CAD. However, it is important to note that despite the remarkable impacts of dark chocolate on CAD, its moderate consumption is highly recommended.
Reduces Blood Pressure
Cocoa dark chocolate and beverages possess blood pressure–lowering properties due to their high constituents of flavanols. According to Taubert et al., (2007), regular consumption of cocoa-containing food products is associated to low cardiovascular death rates in observational studies. They observed that the short-term interventions of at least two weeks showed that high dosages of cocoa can improve the endothelial functioning as well as reduce the blood pressure level. This is attributed to the action of cocoa polyphenols.

Protects against Diet-induced Obesity
Yang et al., (2013) carried out an experiment to ascertain the impact of cocoa tea supplementation on high-fat-diet-induced obesity, hyperlipidemia and hepatic steatosis. They also attempted to determine if such effects could be comparable to those of the green tea extract. Based on the findings, 2% and 4% dietary cocoa tea supplementation showed a dose-dependent reduction in (a) body weight, (b) fat pad mass, (c) liver weight, (d) total liver lipid, (e) liver triglyceride and cholesterol, and (f) plasma lipids (triglyceride and cholesterol).
These researchers deduced that naturally decaffeinated dietary cocoa tea has a positive impact on high-fat-diet-induced obesity, hepatic steatosis, hepatomegaly and elevated plasma lipid levels in mice. Interestingly, this result is comparable to that of green tea.
Therefore, dietary cocoa tea is deemed an effective and cheaper therapeutical option for individuals struggling with a diet-induced metabolic syndrome.
Others Uses of Cocoa
Natural Manure
The cocoa leaves, pods and seeds can serve as a natural manure for boosting the soil nutrients.
Soap Production
The cocoa pod is a rich source of potash thus can be used for manufacturing soap.
Animal Feed
Cocoa shells can be fed to livestock. 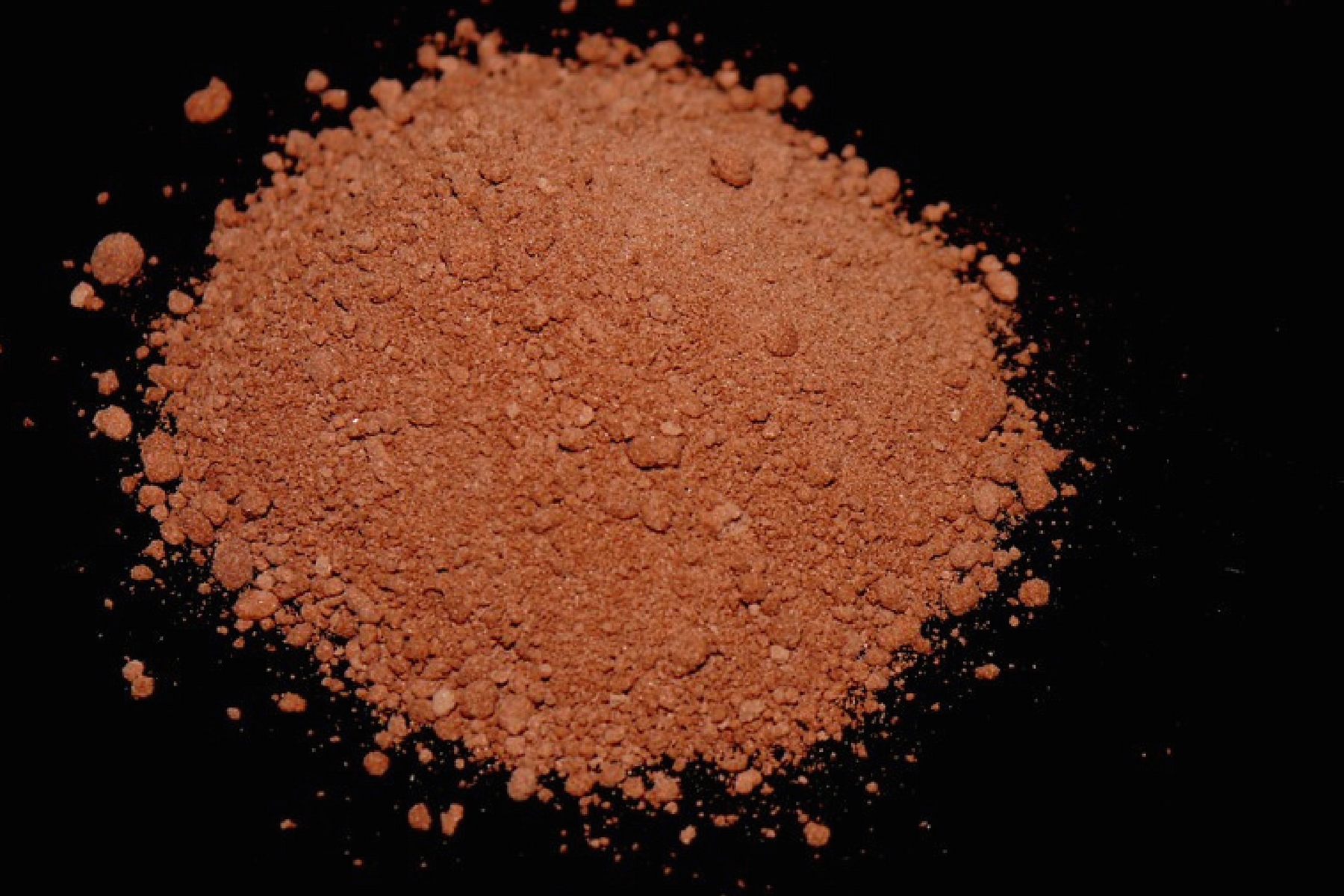 How to Process Cocoa Powder and Cocoa Butter from Raw Cocoa

~ Harvest ripe cocoa pods from the cocoa tree.
~ Cut open the pods and extract the cocao beans using a knife.
~ Add the cocoa beans in a basket lined with green leaves such as banana leaves or plantain leaves.
~ Allow the fresh cocoa beans with their pulps to ferment between 5 to 7 days.
~ Sun-dry the cocoa beans immediately after fermentation to safe moisture level of at least 7.5%.
~ Roast the fermented dried cocoa beans.
~ Crack the roasted beans to separate the shells from the roasted cotyledons.
~ Using a winnowing process, blow a current of air through the cracked beans to remove the chaff.
~ Grind the cocoa beans using a grinding machine.
~ Press the cocoa mass using a muslin cloth or hydraulic press in order to extract the cocoa butter (fat).
~ The cocoa butter, which is also known as the theobroma oil (pale-yellow in colour) can then be used for making chocolate and other cocoa products.
It is important to note that the recovery processes of the cocoa beans from the cocoa fruit generates large quantities of wastes in the form of cocoa pod husks and cocoa pod shells. These wastes make up at least 52 to 76% of the cocoa fruit.

HI THERE.. IT IS GREAT TO MEET YOU.. Cooking is a passion I developed at a very tender age from my mum and this online platform is where I aim to share and grow knowledge in all things cooking.
View all posts by Blessing Okpala →
18 DISTINCTIVE BENEFITS OF LAVENDER
ARE RASPBERRY KETONES GOOD FOR WEIGHT LOSS?