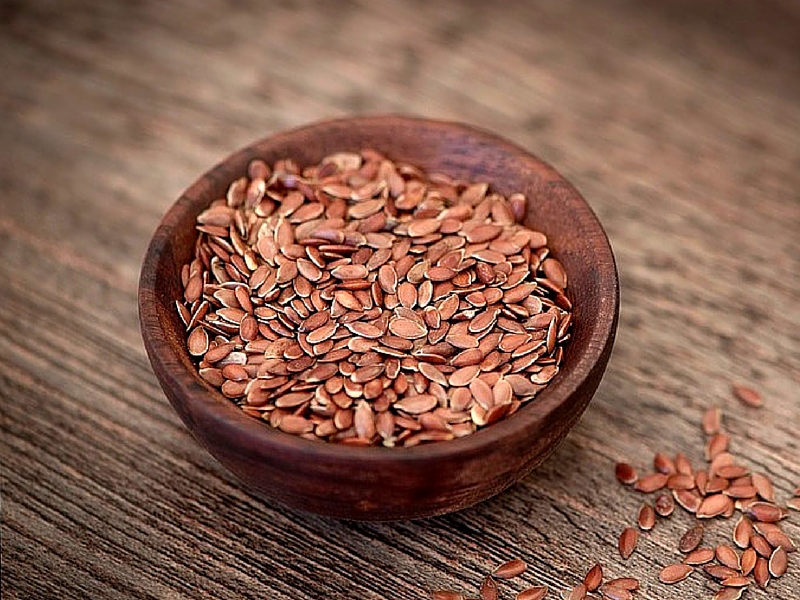 Flaxseeds
Flaxseed is simply the seed from a flax plant, which is originally from the Mediterranean and West Asia before spreading to other parts of the world. It is believed to be among the oldest cultivated crops in the world and is planted mainly for its fiber and oil. This suggests why the plant can be grouped as either fibered flaxseed or oily flaxseed. The  flaxseed oil is an excellent source of omega-3 fatty acid linolenic acid. The high demand for consumable oil sources with high amount of omega-3 fatty acids has led to the high consumption of flaxseed.
Flaxseed can be eaten either raw, as a spice or cooked as a main meal. However, it is preferably consumed raw because it tends to lose most of its nutrients if cooked. This is as a result of both the physical and chemical changes that could take place during the oxidation and thermal deformation process. Statistically, Canada is the highest producer of flaxseed, followed by China, United States and India respectively. Read more about flaxseed and it uses here.

HI THERE.. IT IS GREAT TO MEET YOU.. Cooking is a passion I developed at a very tender age from my mum and this online platform is where I aim to share and grow knowledge in all things cooking.
View all posts by Blessing Okpala →
HFB 10: Health Benefits of Arugula
HFB 12: Treating Diarrhea with Plants/Herbs