THE IMPACTS OF BAY LEAF ON HEALTH 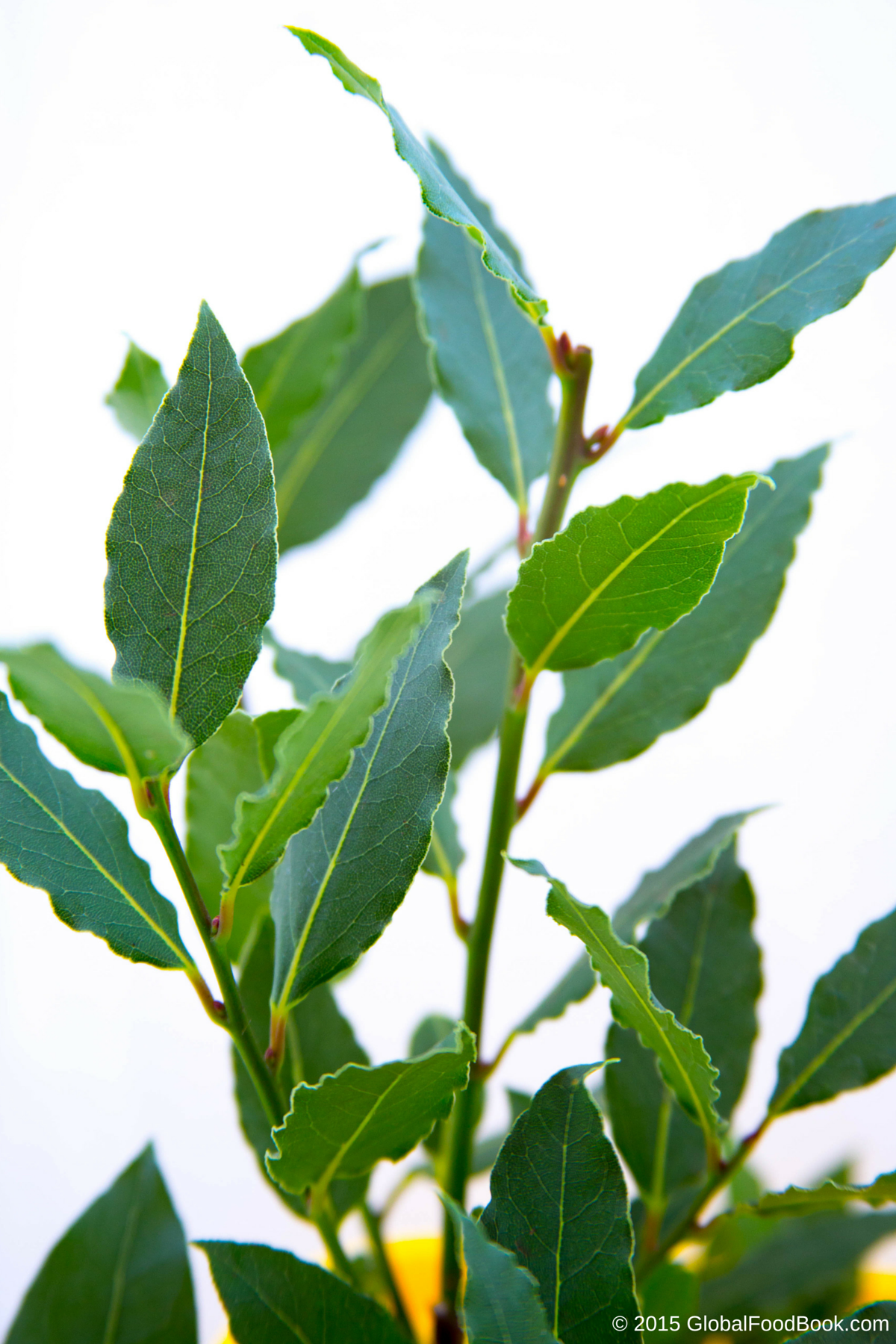 Having a good understanding of certain herbs around us that are capable of maintaining a friendly atmosphere as well as boosting our health, should remain an utmost concern to us all. I have no doubt that it will interest you to know more about a popular aromatic and yet healthy herb that can be used for both medicinal and culinary purposes.

I enjoy spicing my food with assorted herbs and I usually go for the most medicinal ones that won't only add great aroma and flavours to my dishes but as well as exhibit some medicinal benefits to my health and to those enjoying my dishes. Over the past years and even in years to come, herbs have been and will remain in great use by individuals for several cuisines to boost the aromatic nature of our meals.

Apart from adding flavour and taste to our dishes, certain herbs have been known to help preserve food from spoilage as well as remain highly beneficial for their high medicinal values to human health. Due to the increased concerns about the detrimental side effects of certain orthodox medicines, the use of natural herbs as a replacement medicinal treatment for certain diseases has been on the increase over the past years. 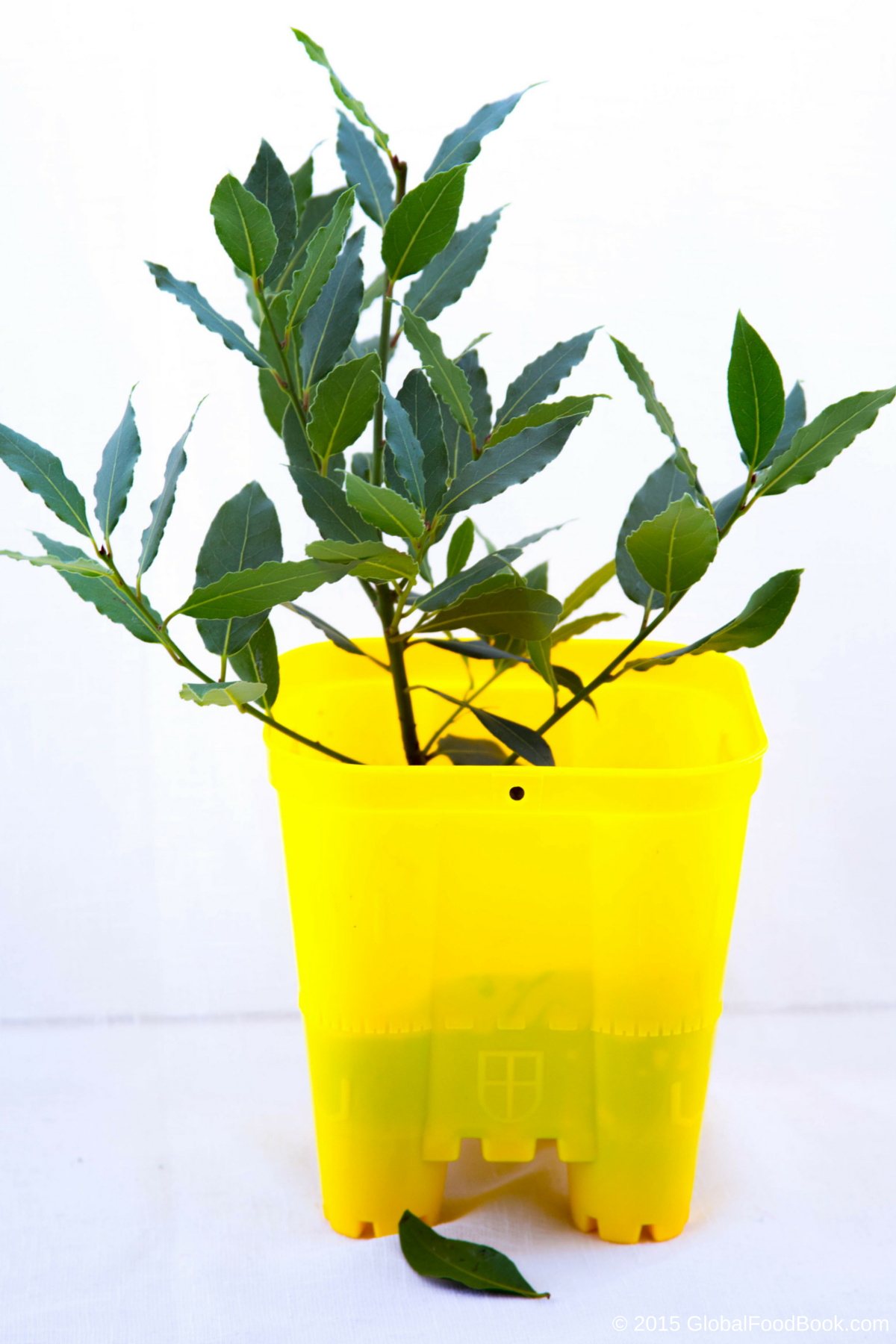 There has been a great increase on the use of plants for food preparations, fuel productions and medicinal purposes since the onset of human civilizations. Medicinal plants are becoming on the rise for use in the manufacture of food supplements, contemporary medicines, folk medicines, synthetic drugs and pharmaceutical medicines. One of such important leaves for discussion in this post is bay leaf.

Bay leaf is a greenish leaf used popularly for culinary purposes due to its aromatic nature. Bay leaves are known for their distinctive sharp, sweetish, aromatic and slightly bitter taste. The research carried out by Pravin et al. in 2013, highlights that bay leaves possess both diuretic, antihelmintic, anti-inflammatory, antiulcer, antibacterial, carminative, stimulating, antioxidizing, hypoglycemic, antimicrobial and antidiabetic properties. Apart from these properties, bay leaves can be used for stopping excess salivation, treating sore eyes, healthy for the liver as well as beneficial for maintaining healthy spleen condition.

Some examples of bay leaves are;
(a) West Indian bay leaf, botanically known as Pimenta racemosa, Myrtaceae that is used for cooking food and producing cologne.

(b) Malabathrum, botanically known as Cinnamomum tamala, Lauraceae is an Indian bay leaf characterized by a strong fragrance similar to that of a cinnamon bark but milder. C. tamala bay leaves are normally used for spicing and flavouring food and it also has a strong clove-like taste with peppery smell. The Indian bay leaves mainly used in pharmaceutical manufacturing of medicines due to the presence of phytochemicals in them as well as their therapeutic influence against certain diseases.

(c) Umbellularia californica, Lauraceae, which is known as California bay leaf or pepperwood and Oregon myrtle has a very strong flavour as that of a Mediterranean bay laurel.

(e) Salam leaf, which is botanically known as Syzygium polyanthum, Myrtaceae and commonly known as Indonesian bay leaf as the name suggests is more prevalent in Indonesia. It has strong aromatic flavour and used for flavouring mainly meat.

(f) Laurus nobilis, Lauraceae is another specie of bay leaves that is usually used for cooking food such as braises, soups and stew due to their unique flavor and aroma.

(1) Improvement of Glucose and Lipid Profile of Type 2 Diabetic Patients
A 2009 research carried out by Khan et al., on bay leaves, agrees that the consumption of Laurus nobilis bay leaves are capable of decreasing the risk factors associated with diabetic patients and those suffering from cardiovascular diseases. Moreover, their research suggests that the intake of bay leaves are highly influential in improving the glucose and lipid profile of individuals suffering from type 2 diabetes.

To unearth if bay leaves are capable of preventing or treating type 2 diabetes patients, the researchers carried out an experiment on 40 type 2 diabetes individuals, which were divided into 4 groups. These people were given capsules containing 1, 2 or 3 g of ground bay leaves every day for 30 days, which was then followed by a 10 day wash-out period. Fortunately, the entire three levels of bay leaves significantly reduced the serum glucose level of these people from 21 to 26% after 30 days.

Besides, the cholesterol levels of the individuals also reduced from 20 to 24% after the 30 days of experiment, which suggests why the bay leaves are highly beneficial to not only type 2 diabetes individuals but to everyone.

(4) Gonorrhea Treatment
Pravin et al. (2013), agree that the bay leaf bark can be used for treating patients suffering from gonorrhea.

(5) Lochia Suppression
Researchers agree that bay leaves are highly important for suppressing lochia after childbirth especially when decocted or prepared in a powdered form.

(6) Culinary Purposes
The strong aromatic and flavourful nature of bay leaves make them ideal for cooking and spicing food. Different continents both the Americans, the Australians, Asians, Africans, the Mediterranean and the Europeans also include bay leaves in their dishes.

Bay leaves are used for spicing meats, for cooking stew, for cooking soups, for making pastries and for making sauces. Infact you can sure use bay leaves to spice up any type of meal or food you need to boost the aroma and it will perfectly work well for you.

Many people prefer cooking with the fresh or dried whole bay leaves while others prefer chopping, mashing or squeezing the leaves before usage. Whichever way is still okay. Personally, I prefer cooking with bay leaves whole then afterwards, scooping them out from the food once I know that all the flavours have been deposited in my food. But just go for the option that works perfectly fine for you.

HI THERE.. IT IS GREAT TO MEET YOU.. Cooking is a passion I developed at a very tender age from my mum and this online platform is where I aim to share and grow knowledge in all things cooking.
View all posts by Blessing Okpala →
SPICY SAUTEED CARROTS
TOMBERRY TOMATOES