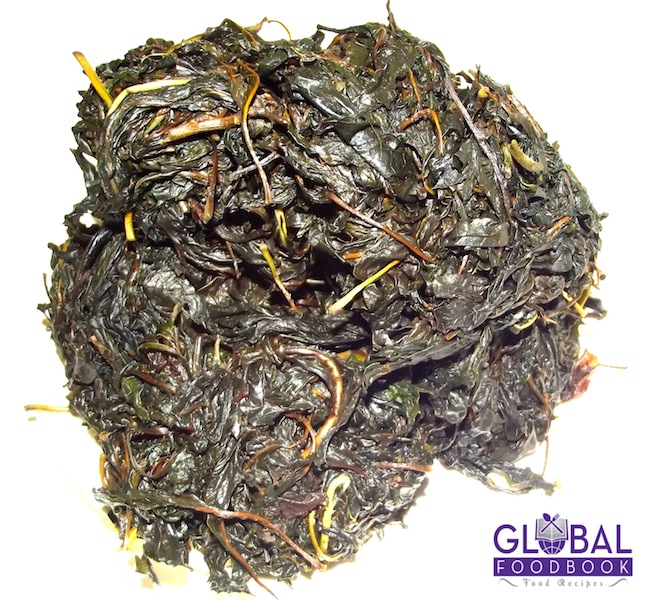 You might have heard or come across bitter leaves! It could be that you have used it at some point in your life either for preparing soups, dishes or for medicinal purposes. But if I may ask, do you know the reasons why adding bitter leaves (Vernonia amygdalina) to your diet is so important? This healer plant locally known as onugbu, is a very popular plant in the African continent but its popularity is not that great in the Western world except for pharmacological and research purposes.

Howbeit, it will interest you to know that this plant is a winner plant because it is filled with many nutrients, compounds and vitamins that  are highly beneficial to human health. Several researches and studies have been undergone in the past and are still being carried out to unravel the potency of this plant and it has been so far so good!

Bitter leaf (onugbu) botanically known as Vernonia amygdalina, belongs to a family of Asteraceae. It is a small shrub that grows in the tropical Africa and is commonly known as bitter leaf due to its bitter taste. It is edible and used in preparing soup and other delicacies when properly washed, with the bitter water extracted and discarded. Its bitterness is as a result of anti-nutritional factors such as glycoside, saponins, alkaloids and tannins.

The word Vernonia amygdalina was coined from the name of an English Botanist known as "William Vernon". Different countries and different tribes have different names for bitter leaf for example; the Igbo people of Nigeria call it onugbu and they use the onugbu leaves to cook ofe onugbu soup, Cameroonians call it ndolé, Ibibio call it etidot, Edo state call it oriwo, Hausa tribe call it chusar-doki, Yoruba call it ewuro while, Luganda call it mululuza.

Bitter leaves (onugbu) are known for their medicinal and culinary purposes. The bitter leaf (onugbu) is planted by angular cutting of the stem and the leaves are oblong in shape and grow up to 21 cm long. Normally the bitter leaves are washed thoroughly to extract the bitterness while the washed leaves are used for soup preparation such as onugbu soup.

The bitter water can then consumed to treat certain diseases or the bitter water can be mixed with other ingredients for concoction used in curing illnesses. Bitter leaves may be used alone as medicine or in combination with other drugs. The bitter leaf (onugbu) plant contains anti-fungal, anti-carcinogenic, antibacterial, anti-malarial, anti-protozoal and anti-helmintic properties. It is noteworthy that bitter leaves can also be sweetened with organic honey to reduce its bitterness.

BENEFITS OF BITTER LEAVES (VERNONIA AMYGDALINA)
1. Diabetes Control and Treatment
Vernonia amygdalina contains biologically-active compounds known as coumarins, flavonoids, anthraquinone, phenolic acids, saponins, sesquiterpenes, xanthones, terpenes, steroids, lignans and edotides. The presence of these compounds in bitter leaf makes it viable for it to be used for controlling and treating diabetes.
2. Immune System Boost
Bitter leaf (V. amygdalina) extracts when taken, can help to boost the immune system due to chemokines and cytokines regulations (Muanya 2013).
3. Gastrointestinal Disorders Treatment
Bitter leaf (Vernonia amygdalina) contains biologically-active compounds, hence the extracts can be used for treating gastrointestinal disorders such as dysentery and cholera.
4. Fever Treatment
The presence of active compounds in bitter leaf (Vernonia amygdalina) such as xanthones, edotides, anthraquinone and phenolic acids etc make it effective for treating patients suffering from fever and cold.
5. Treatment of Sexually-Transmitted Diseases
Bitter leaves contain an anti-oxidant thus the plant can be used for treating sexually transmitted diseases such as gonorrhea.
6. Anti-helmintic
According to Sirama et al. (2015), bitter leaves contain anti-helmintic properties, thus the extracts can be used for treating stomach upset and discomfort. Helminthiasis is an infection that affects a higher number of the world’s population and it is usually prevalent in areas with malnutrition, poor level of sanitation and low hygiene standard.
7. Beer Production
African countries such as Ethiopia, normally use the bitter leaves as hops during tela beer production.
8. Anti-carcinogenic
Bitter leaves contain cancer cells growth inhibitory properties, hence the aqueous extracts can be used for tackling cancer cells. Bitter leaf (V. amygdalina) extracts can cause cancerous cells to be very sensitive to chemotherapy, thereby helping in the inhibition of the growth of cancerous cells. Many researchers reveal that there exists some positive correlations between breast cancer risks and blood estrogen levels, which makes it effective for inhibiting cancer cells growth. Also Gresham et. al. (2008), agreed that because this plant contains active compounds that inhibit aromatase activities, it is thus very effective for treating breast cancer.
9. Sexual Vitality
A study carried out in the Northern part of Nigeria found out that the Hausa women usually drink bitter leaf water with the ideology that it helps them to remain sexually active.
10. Laxative and purgative
Bitter leaves contain certain active compounds that render them effective to be used as a purgative or as a laxative.
11. Anti-malarial
Traditionally, bitter leaf water extracts are usually taken with the belief that it has antimalarial properties, thus helps to prevent against malaria. Bitter leaves are regarded as a substitute for quinine, hence it can be used for treating malaria and fever.
12. Worm Expeller
Bitter leaf water extract can be taken to expel worms from the intestines.
13. Throat Clearing
Bitter leaves extracts when taken can act as an expectorant for clearing up the throat as well as decongesting the chest from cough and catarrh. Just chew some bitter leaves before sleeping at night and first thing early in the morning for relieve from cough and catarrh.
14. Fertility Boost
Some studies reveal that drinking bitter leaf water extracts help to induce fertility in sub-fertile or barren women. The leaf contains carotene, which helps to balance the synthesis of female sex hormones thereby helping women to remain healthy and strong.
15. Nausea Treatment
Researchers reveal that the aqueous extracts of bitter leaves can be used for treating nauseous patients as well as those suffering from loss of appetite.
16. Balanced Estrogen Level
Scientists reveal that bitter leaves extract helps to reduce the blood estrogen level in the body by suppressing the activities of aromatase.
17. Repellant
Bitter leaves wood ash can be used to treat and control seed-borne fungi. It can also act as a repellant against certain bugs, nematodes, aphids and insects.
18. Treatment of Hepatitis B and C
A research by Muanya in 2013 showed that bitter leaf can be used for treating Hepatitis B and C.
19. Lactation
Drinking bitter leaves water helps to boost milk quality and production in nursing mothers.
20. Tuberculosis Treatment
In same 2013 report by Muanya, also recorded that bitter leaf can be used for treating tuberculosis.
21. Relief from Toothache
Gargling bitter leaves water help to give relief to tooth ache.
22. Cholesterol Level Control
Studies reveal that including bitter leaf in your diet can help to reduce bad cholesterol level.
23. Anti-parasitic
Bitter leaf can be taken to cure parasitic infections. Also researchers observed that the leaves when given to chimpanzees suffering from parasitic infections usually get treated.
24. Body Cleanser
Aqueous bitter leaf extract can act as a body cleanser thus can help to eradicate waste products from the body as well as help to control kidney and liver problems. It helps a lot in the detoxification of the body system.
25. Arthritis Cure
Studies by Okoli et al. in 2007, revealed that bitter leaves extracts has a calming impact on the nerves thus can be used for eradicating joint pains associated with rheumatism and arthritis. It can also be used for strengthening the muscles and maintaining healthy and strong bones.
26. Rashes Cure
Drinking boiled bitter leaves water helps to clear itching rashes.
27. Insomnia Treatment
Drinking bitter leaves water helps to cure insomnia i.e sleeplessness.

METHOD OF WASHING BITTER LEAVES (ONUGBU LEAVES)
Pluck the bitter leaves from the stem
Spread them out and allow to slightly dry
Put in a basin and pour in boiling water
Note that the boiling water will facilitate it to remain in strands
Sieve out the hot water
Wash and squeeze out the bitter water repeatedly
Continue washing, squeezing and discarding the bitter water until the water appears clearer
Rinse out thoroughly in clean water
Put in pot and add a large portion of salt
Note that the greater the salt added, the faster the bitterness clears
Then put on fire to boil for few minutes
Ensure there is foam forming from the boiling leaves
Afterwards remove from fire
Allow to cool down and squeeze out the remaining bitter water.
Wash until the bitterness and salt are all cleared.
At this point, all the bitterness in the leaves will disappear.

Having highlighted all the amazing benefits derived from bitter leaf (onugbu), there are no doubts that this important plant is highly beneficial to our health.

Watch this video to learn how to revive dried bitter leaves!

DISCLAIMER
This post is for enlightenment purposes only and should not be used as a replacement for professional diagnostic and treatments. Remember to always consult your health care provider before making any health-related decisions or for counselling, guidance and treatment about a specific medical condition.

HI THERE.. IT IS GREAT TO MEET YOU.. Cooking is a passion I developed at a very tender age from my mum and this online platform is where I aim to share and grow knowledge in all things cooking.
View all posts by Blessing Okpala →
JOOJEH KABAB RECIPE
Kateh Recipe