EXTRAORDINARY BENEFITS AND USES OF SAFFRON 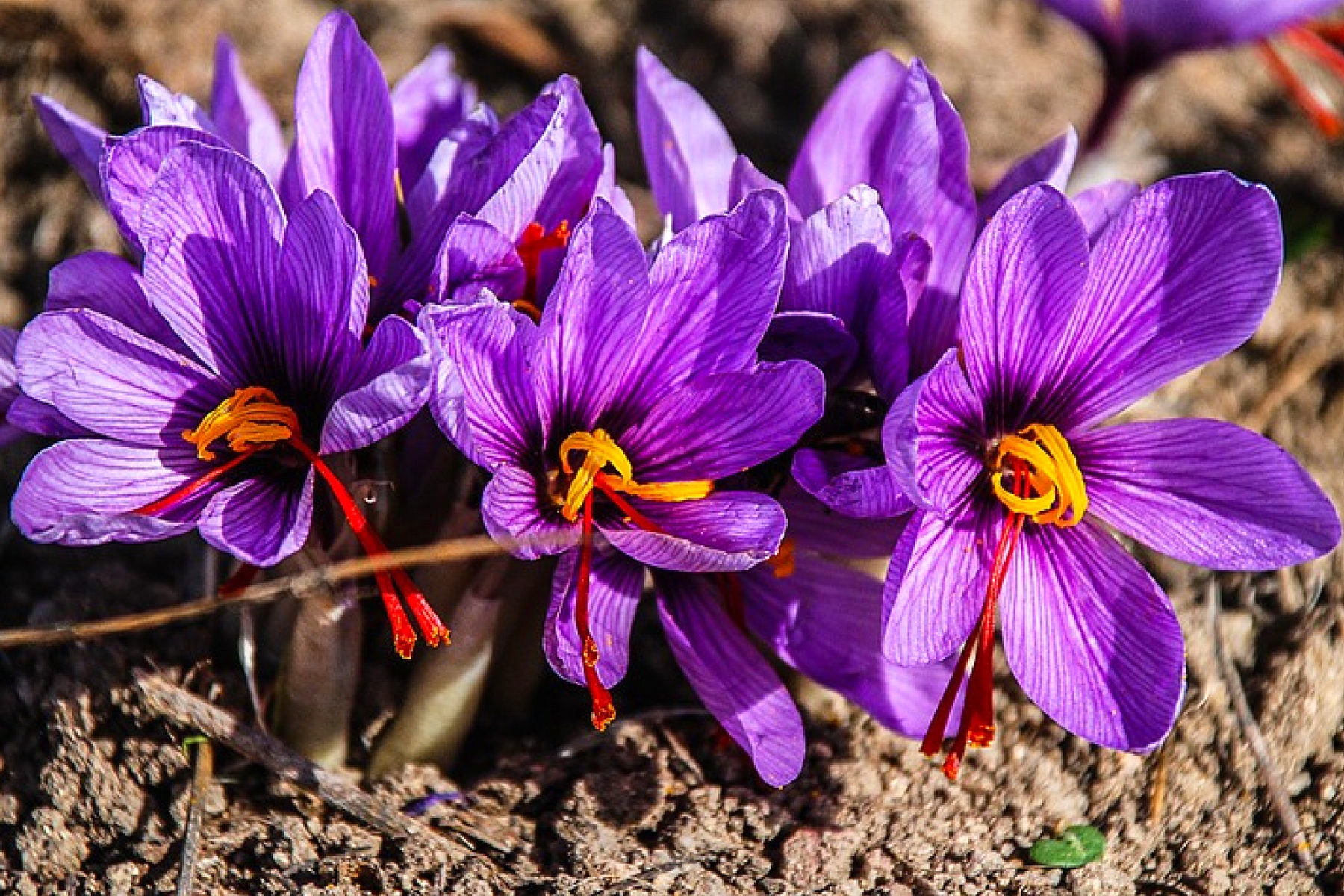 Plants have remained an ultimate source of foods, spices, and medicines for the larger population of the world. They are so priceless that we cannot survive without them. Interestingly, these nature’s gifts to humanity are easily available and affordable for attaining our basic needs.

An important plant that has gained global recognition due to its medicinal and aromatic benefits is saffron. Saffron is a perennial grasslike tuber plant that is botanically known as Crocus sativus Linn. It belongs to the family of Iridaceae and the flowers are mostly used as a spice.

Saffron is one of the most expensive and highly valued spices. Popularly known as saffron crocus, this plant grows between 20 to 30 centimetres and bears between 5 to 11 leaves. The stigma of the saffron flower is distinguished by its golden yellowish, orange colour, which is attributed to its high constituent of α-crocin.

The flowers emit sweet, aroma fragrance, which suggests why they are used mostly for spicing and seasoning foods. The flowers are lilac or purplish in appearance and are usually four in number. The white, slender flower stalk grows from a bulb and bears radical leaves that are pale green below and dark green above.
The long styles hang out from the corolla while the large orange-coloured three stigmas are curled at the edges. Saffron is originally from Greece and Asia before spreading to other parts of the world.
Chemical Compositions of Saffron
This amazing plant contains approximately 150 volatile compounds and several non-volatile active compounds such as; β-carotene, carotenoids, lycopene, α-carotene and zeaxanthin.
Nutritional Values of Saffron
Saffron is an excellent source of dietary fibre, vitamin A, thiamine (B1), riboflavin (B2), niacin (B3), vitamin B6, folate (B9), vitamin C, protein, iron, water, manganese, phosphorus, sodium, carbohydrates, selenium, magnesium, fat, potassium, calcium and zinc.

Uses of Saffron in Ayurveda

Champalal et al., (2011) reported that saffron is mostly used in the Ayurvedic system of medicine for treating diseases such as spasmodic disorders, cold, arthritis, acne, depression, coughs, aphrodisiac and asthma. Saffron is diuretic in nature and it is also considered effective for treating diabetes, digestive disorders, diarrhoea, brain disorders, kidney problems and enlargement of the spleen or liver. It can equally regulate the cholesterol level as well as support the healthy functioning of the stomach.

Medicinal Benefits of Saffron
The most widely used parts of saffron for medicinal purposes is the stigma, which is distinguished by its bitter taste. Due to the high amount of volatile oil found in this plant, it is often used for medicinal purposes.
Abdullaev et al., (2004) investigated the pharmacological effects of saffron and it was ascertained that it contains stimulating, purgative, stomachic, anticancer, diuretic, anti-diabetic, emmenagogue, aphrodisiac, antispasmodic, anti-inflammatory, antiepileptic, hypolipidemic, antispasmodic and galactagogue properties. Saffron is also effective for treating jaundice, skin infections, dysentery, bronchitis, fever, depression, vomiting, measles, cholera, inflammation and insomnia.
Treatment of Cognitive Impairments
A major health condition that is affecting the older generation is dementia. Dementia is a neurological disorder that affects human communication and daily performance. Pitsikas (2015) reported that the dried stigma of the saffron plant can be used for tackling cognitive impairments such as dementia. Here are other herbal plants for treating dementia.

Treatment of Male Erectile Dysfunction
Shamsa et al., (2009) studied the effect of saffron on male erectile dysfunction (ED). For a period of 10 days, these researchers followed 20 male patients with ED whereby they were each given a tablet containing 200mg of saffron every morning.
The patients went through the nocturnal penile tumescence (NPT) test and the international index of erectile function questionnaire (IIEF-15) at the onset and at the end of the treatment. At the end of the trials, a statistically significant improvement in tip rigidity, tip tumescence, base rigidity and base tumescence were observed. The ILEF-15 total scores were notably higher in the treated patients, which suggests that saffron is effective for treating sexual malfunction.
Anticancer Properties
Zhang et al., (2013) reviewed some research data on saffron and reported that saffron contains antitumor and radical-scavenging properties. Notable cancer chemopreventive effects were observed in both in-vitro and in vivo models. Based on their research findings, saffron is considered effective for tackling cancer due to its chemoprevention properties.

Relieves Premenstrual Syndrome Symptoms
Premenstrual syndrome (PMS) is among the major health challenges experienced by women especially within two weeks before a woman's monthly period. Agha-Hosseini et al., (2008) carried out a double-blind and placebo-controlled trial to examine if saffron stigma could possibly relieve premenstrual syndrome symptoms.
Women between the ages of 20 to 45 years with regular menstrual cycles and experience of premenstrual syndrome symptoms for at least 6 months were selected. The women were randomly given 30 mg saffron per day or 15 mg twice a day (morning and evening) for two menstrual cycles (cycles 3 and 4).
The results showed that saffron is significantly effective in relieving and treating premenstrual syndrome symptoms. Furthermore, Vijaya (2011) considered saffron effective for easing off menstrual pains.
Healing of Wounds
Saffron poultice can be applied to cuts, sores, wounds and bruises for quick healing.
Industrial Uses
Saffron is useful for dyeing textiles due to its constituent of the carotenoid pigment known as crocin. Due to its sweet fragrance, it is useful for producing body creams, incense sticks, soaps and perfumes.

Culinary Purposes
The threads, which comprise of the stigmata and styles are mostly dried and used for colouring and spicing food. The attractive colour that saffron adds to food is due to the presence of the carotenoid pigment known as crocin. The taste and aroma of this plant are attributed to its constituent of the safranal and glucoside picrocrocin compounds.
Saffron, which is known as Kesar in Hindi can be used for preparing assorted dishes such as desserts, saffron rice, saffron tea, chicken scallopine with saffron, kheer, saffron chicken gizzards, rasmalai and gulab jamuns etc.
How to Prepare Saffron Spice
1) Add the saffron threads in a blender or mortar.
2) Grind until smooth and in powdered form.
3) Store in a clean airtight container or a glass jar and use as at when needed. 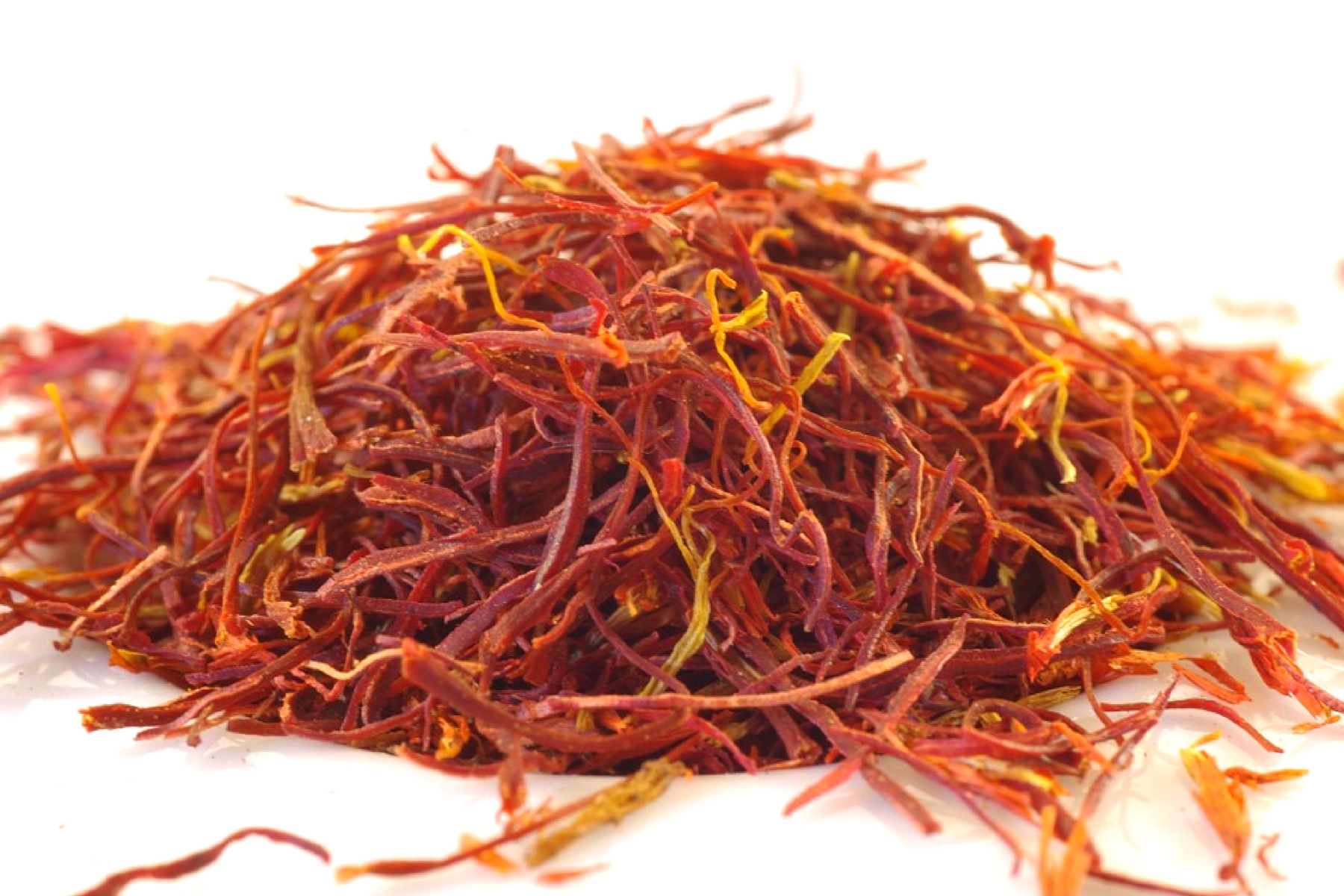 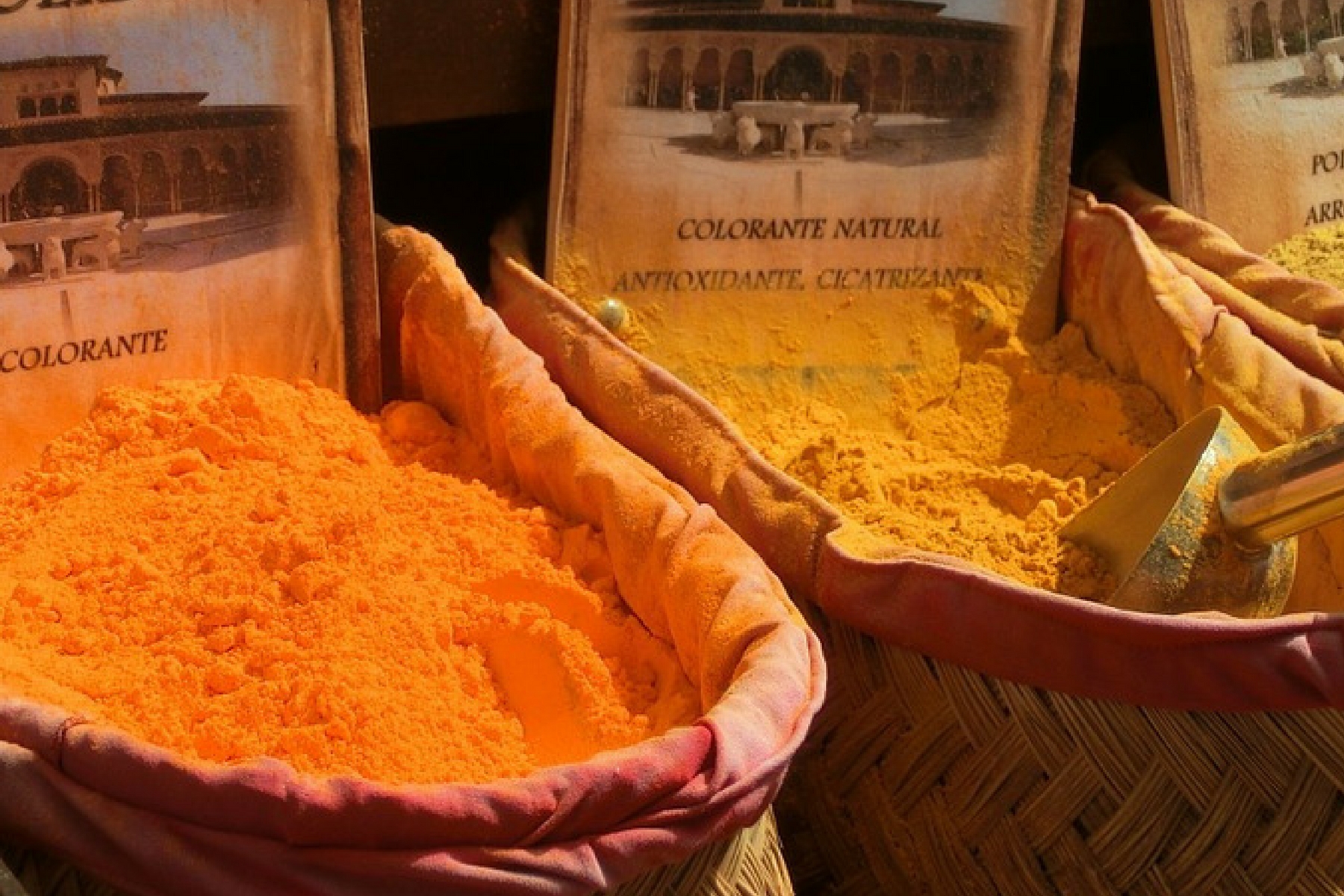 Precautions
There are no known side-effects of saffron. However, pregnant women are highly recommended to avoid consuming this spice as it can stimulate the uterus thereby leading to miscarriage.

HI THERE.. IT IS GREAT TO MEET YOU.. Cooking is a passion I developed at a very tender age from my mum and this online platform is where I aim to share and grow knowledge in all things cooking.
View all posts by Blessing Okpala →
GREEN COFFEE BEANS EXTRACT: WEIGHT LOSS BENEFITS, USES AND SIDE EFFECTS
ALL ABOUT NUTMEG - IT'S USES, BENEFITS AND SIDE EFFECTS