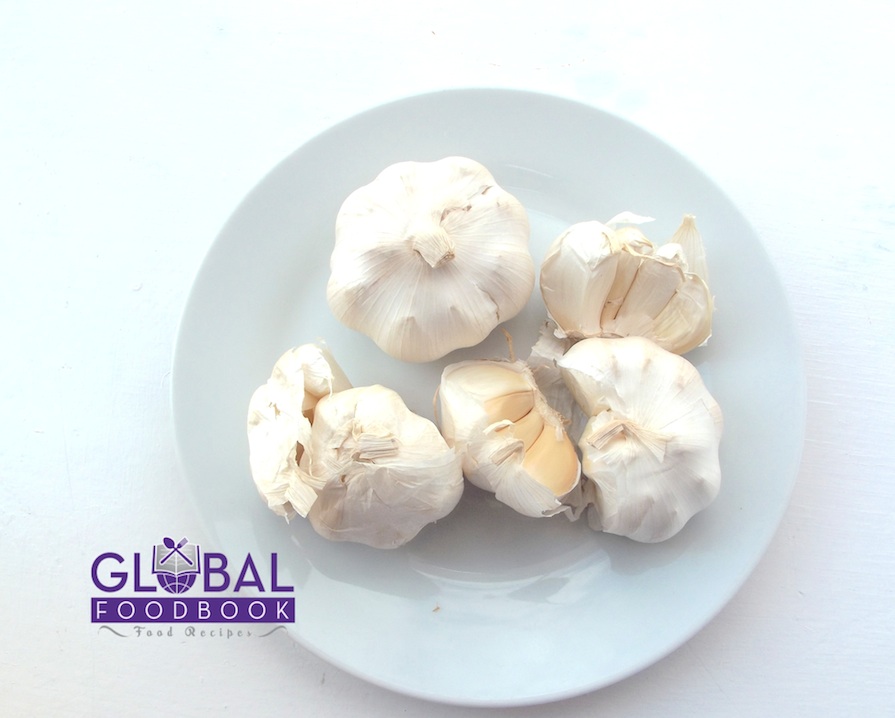 Garlic botanically known as Allium sativum belongs to the onion genus, Allium. It is closely related to leek, rakkyo, chive,onion and shallot. Garlic has been recorded to be in use for over 7,000 years and originated from central Asia before it spread to Africa, America and Europe where it is mainly used for food seasoning, medicinal and culinary purposes.
It is a bulbous plant  which grows approximately up to 1.2m in height and known to greatly produce hermaphrodite flowers. It is very easy to grow especially in mild climates, with pollination taking place by bees and other insects. The plants are often very hard, and are not attacked by many pests or diseases and tend to repel rabbits. Garlic is highly rich in carbohydrate, proteins and phosphorus and ascorbic acid (Qureshi et., al. 2011)
Garlic bulbs are usually divided into many fleshy parts called cloves which possess a characteristic pungent, spicy flavour. The flowers and leaves can also be eaten. Garlic is medically believed to regulate blood sugar levels, lower blood homocysteine levels and prevent some complications of diabetes mellitus hence individuals taking insulin should always consult their doctors before consuming reasonable amount of garlic.
During World War I and World War II garlic was used as an antiseptic to prevent gangrene.Garlic cloves are used for the treatment of infections, digestive disorders, and thrush. Due to its bacteriostatic and bactericidal properties,  garlic can be used as a disinfectant. Researchers also proved that garlic enhances thiamin absorption, thus reduces the possibility of developing  thiamine deficiency disease known as beriberi. Also due to its high vitamin C content, garlic is highly helpful in preventing scurvy.
To every pros, there are always some elements of cons; disadvantageously, garlic is known to cause bad breath, a condition termed halitosis, as well as pungent garlicky smell sweat which which is as a result of allyl methyl sulfide (AMS)  a volatile liquid that is absorbed into the blood during the metabolism of garlic generated sulfur compounds. Taking a shower with soap can only partially get rid of the smell as studies have agreed that taking milk simultaneously at the time of garlic consumption can significantly neutralize the pungent breath.Moreover, mushrooms, water and basil can also reduce the odor but the mixture of water and fat present  in milk seems to be the most effective.
REFERENCE.
Qureshi, A.M, Hassan, S.Y, Sulariya, A.M, & Rashid, A. A (2011) Preparation &  Nutritional  Evaluation Of Garlic Based Yogurt, Science International Journal, issue 23, vol. 1, pp.57-59.

HI THERE.. IT IS GREAT TO MEET YOU.. Cooking is a passion I developed at a very tender age from my mum and this online platform is where I aim to share and grow knowledge in all things cooking.
View all posts by Blessing Okpala →
THE BENEFITS OF TOMATO
WARM POTATO SALAD