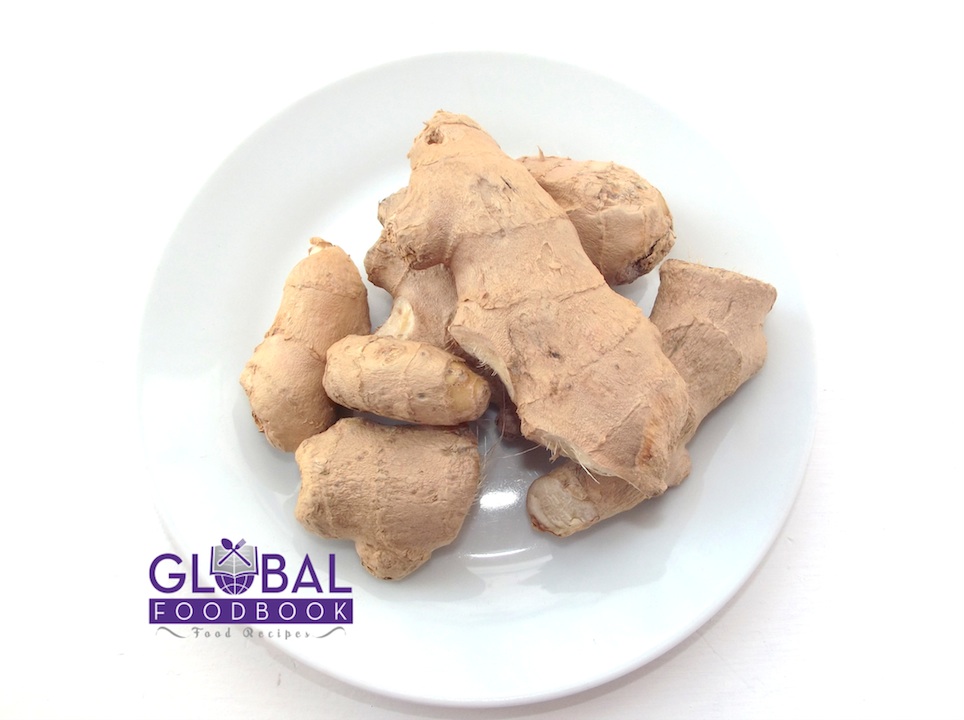 Gingera rhizome of the plant Zingiber officinale and family of Zingiberaceae is consumed mainly as a spice for delicacies or as medicine. Other members of this plant family are galangal, turmeric and cardamom. Ginger is indigenous to southern China, before it spread to other regions such as Spice Islands,  Asia, and subsequently to West Africa and to the Caribbean. Fresh ginger contains 80.9% moisture, 0.9% fat, 1.2% minerals, 2.3% protein, 2.4% fibre and 12.3% Carbohydrates.
Schor (2012) identifies that ginger contains minerals such as  iron, calcium and phosphorous. It also contains vitamins such as thiamine, riboflavin, niacin and vitamin C. Studies have shown that ginger eliminates intestinal gas, induces cell death in ovarian cancer cells, promotes healthy sweating, reduces sugar level, possess anti-inflammatory effects, protects against colorectal cancer, prevents symptoms of motion sickness, relieves nausea, relieves pain from menstrual cramps, prevents flu and colds, relieves headaches and migraines and possesses anti cancer properties.
The anti-inflammatory constituent of ginger according to (Schor 2012), blocks and inhibits both cyclooxygenase (COX) and lipoxygenase (LOX) enzymes which  produce procancer eicosanoids . Recent studies suggest that inhibiting both the LOX and the COX pathways will easily reduce tumor growth more rather than inhibiting only one of the pathway. The cancer preventive ability of ginger is due to the presence of free radical scavenging, alteration of gene expressions, antioxidant pathways, and induction of apoptosis, all of which contribute towards decrease in tumor initiation, promotion, and progression.
Its roots and the extracts contain polyphenol compounds gingerol which has a very high antioxidant activity. The digestion stimulating effect of ginger has been known for a very  long time now however, the stimulating effect on peptic juices, such as gastric juice, bile, pancreatic and intestinal juices, was lately discovered (Ghosh et., al. 2011) . Bile acids is very important  in the uptake of fats and any upset in the metabolism of fats can inhibit food digestion because the fatty particles envelop the food elements thereby making  them inaccessible for the action of the digestive enzymes. Ginger is highly recommendable for human consumption due to its varying health benefits.
REFERENCES
Ghosh, A.K., Banerjee, S., Mullick, H. I. &  Banerjee, J. (2011) Zingiber Officinale: A Natural Gold, International Journal of Pharma and Bio Sciences Vol2, issue 1, pp.286-287.
Schor J. (2012) Ginger May Reduce Colorectal Cancer Risk, Natural Medicine Journal vol 4, issue 6.

HI THERE.. IT IS GREAT TO MEET YOU.. Cooking is a passion I developed at a very tender age from my mum and this online platform is where I aim to share and grow knowledge in all things cooking.
View all posts by Blessing Okpala →
CREAMY POTATO SALAD
SPAGHETTI TOMATO SAUCE