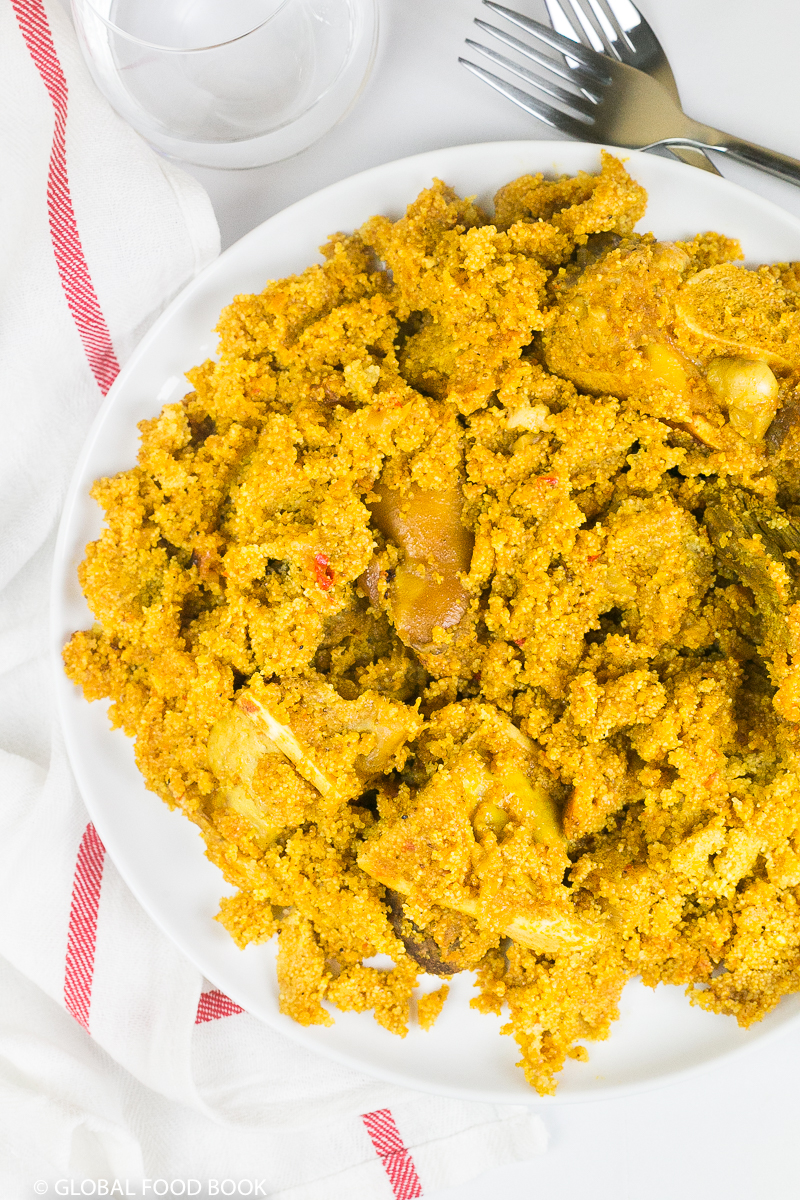 Published on 2020 M07 7 | 2020 M07 7 | in Lunch By Blessing Okpala | 0 Comments
Growing up, my mum would cook fonio (acha) Jollof for us every now and then. At the time, fonio came to be one of my mum's favourite dishes even though she didn't grow up eating the food. It was actually my dad that first introduced the dish to her when he went on official duty to the Northern part of Nigeria and came across the food. Mum fell so much in love with fonio that she came to be the best fonio cook I've come across. So this is my mum's fonio recipe that I am delightfully sharing with you. I recall while cooking this dish back in the days, mum would always emphasize the need to thoroughly wash the fonio well as it contains a lot of tiny sands. This actually drew my curiosity as to the method of cultivating and processing this grain that would result in its high constituents of sands. Upon my mini research, I came to find out that fonio is labour intensive especially in terms of its harvesting and processing. Fonio is harvested with sickles, gathered into sheaves and then sun-dried. Afterwards, it is threshed with legs after being spread on tarps or straw mats. Then the grains are hand-washed. Due to the tiny nature of the grains, it is usually time-demanding and tough to remove the husks. As a result, most people traditionally end up pounding the grains with some sands in a mortar after which the grains are separated from the sands. This traditional method of processing fonio is the leading factor why a lot of tiny sands are often found in it. Luckily, there is a fonio husking machine (Sanoussi) that is useful for dehusking the fonio grains. The fonio husking machine comprises a husking vessel (attached to a hood) and a feed hopper.

Watch this video recipe of Fonio!

Keep the sand issue aside, cook the food and you will realise how lovely this dish is. In order to beat the sands, I go extra miles to wash the fonio and separate the grains from the sands. Once you get the washing and sand sorting aspect right, then the rest of the steps for making this recipe a reality are pretty easy. Since I came across the fonio dish, I've only tried the Jollof recipe. Interestingly, my "mum-by-marriage" has her own twist to an acha dish. When I picked her brain on how she goes about this dish, she told me that she simply blends a smooth paste out of it and then drinks it plain. Probably, I will reach out to her again to direct me properly so that I can get to share her own fonio recipe with you. 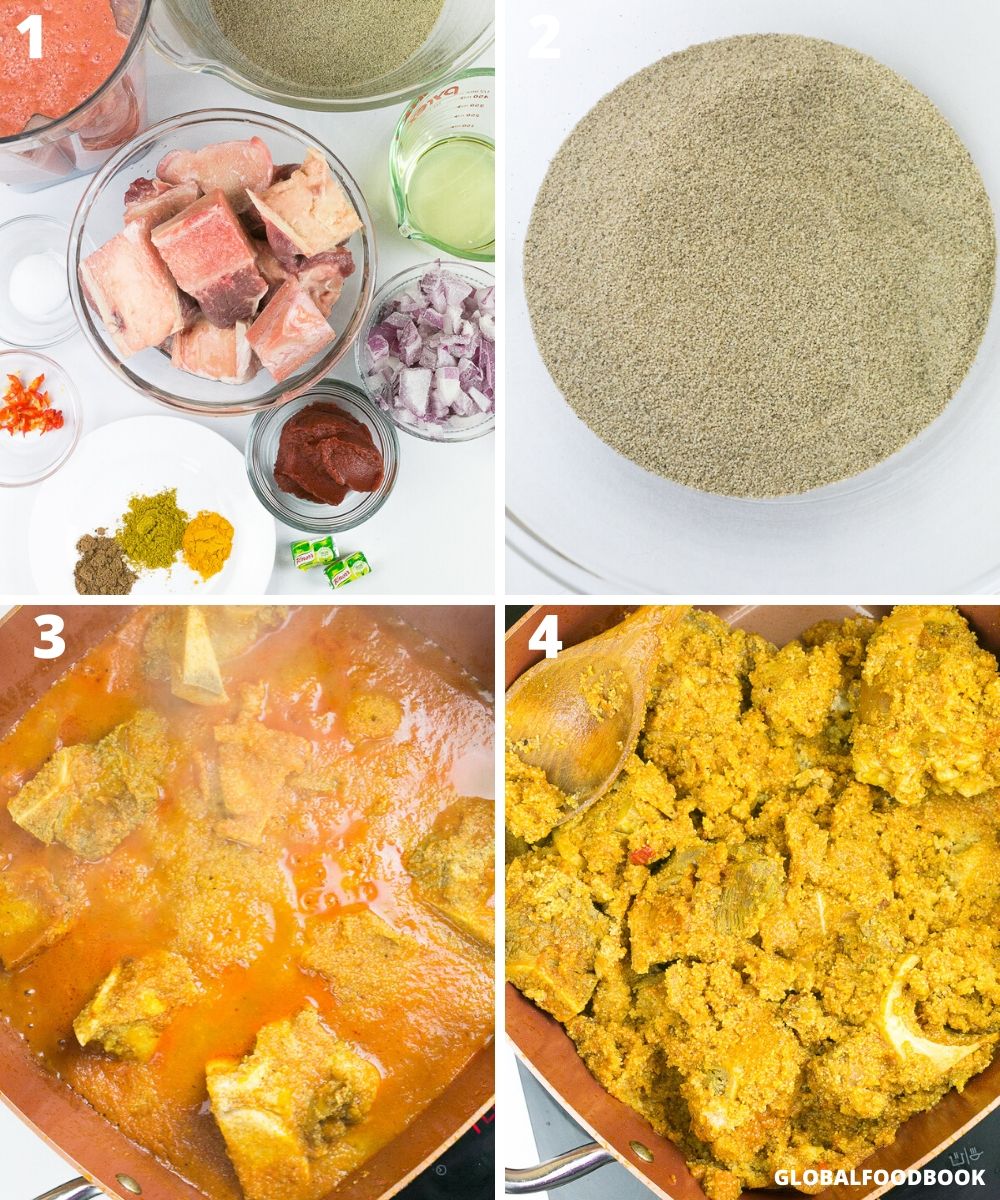 If this is your first time of hearing about this grain, you probably might be pondering what fonio is? Fonio is a millet with small grains. Fonio bears the tiniest seeds of every species of millet. It belongs to the genus Digitaria and it is a highly nutritious food with a distinctive taste. Some people refer to fonio as the hungry rice. It has a similar appearance with quinoa or couscous although it is pretty much tinier than the aforementioned grains. Fonio is considered to be one of the oldest cereals in Africa. Fonio is also known as acha and it is prevalent in West Africa, especially the middle belt and Northern part of Nigeria. Ghanaians and the northern part of Nigeria refer to fonio as acha while Malians refer to it as tolo. Some people also refer to it as black fonio. Fonio is one of the world's fastest-growing cereals as it attains maturity between 5 to 8 weeks.
Fonio grains can be used for making cereals, beer, porridge and bread. Fonio is notable for its several health benefits. It is highly nutritious, low in glycemic (ideal for diabetic patients), gluten-free hence highly recommended for celiac patients. Fonio is also a rich constituent of calcium, dietary fibre, potassium, protein, magnesium and iron. Fonio aids easy food digestion due to its high constituent of dietary fibre. The high amount of cysteine and methionine in acha make it suitable for hair, skin and nail development. 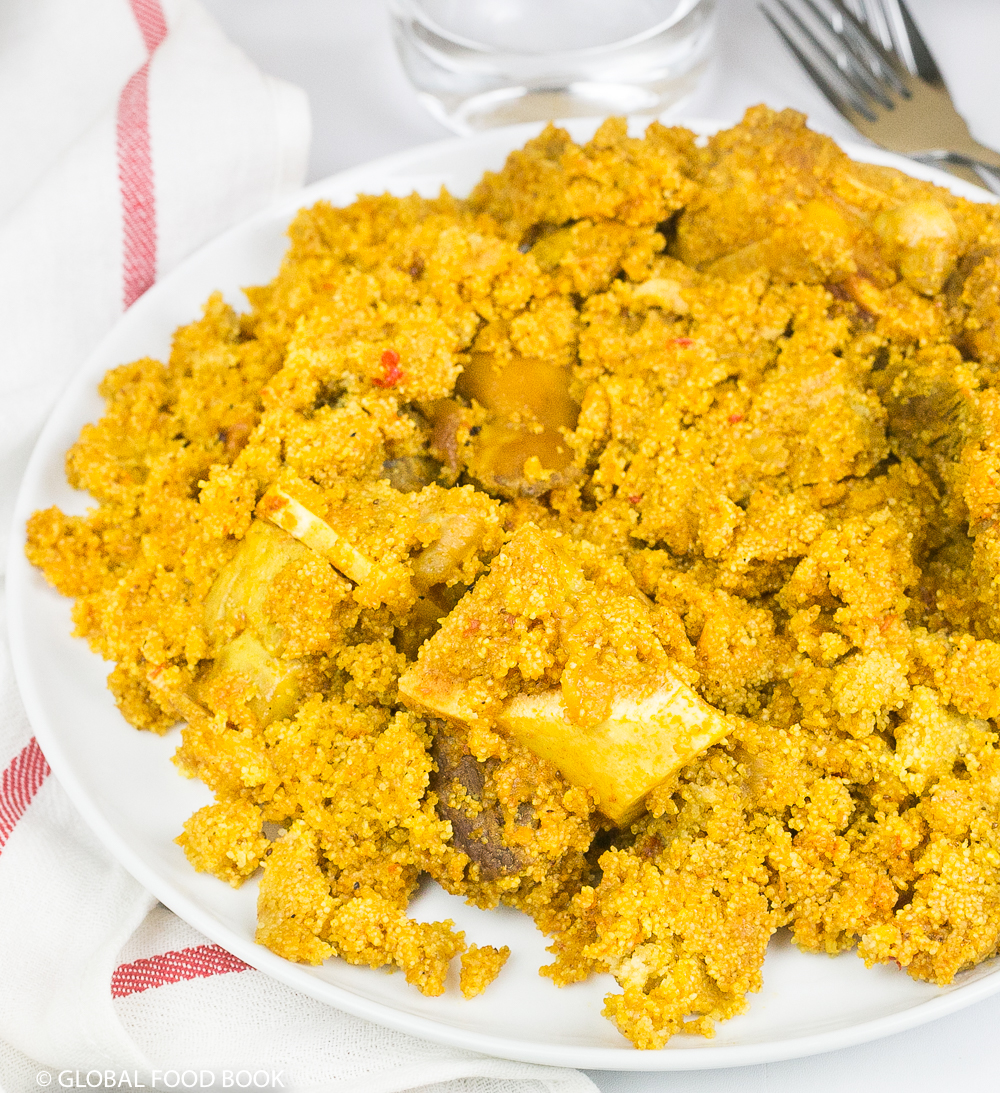 But let me point out that a "must-ingredient" in my mum's fonio dishes is the bone marrow. Acha Jollof without any form of bone marrow (either cow bone marrow, goat bone marrow, sheep bone marrow) is simply incomplete. What is bone marrow? The bone marrow of animals is the yellowish or reddish marrow present in-between the long bones. It is often consumed by human beings as food. Bone marrow is an important source of food because of its fat content. Bone marrow is highly recommended for growing kids due to its high nutritional values.

HI THERE.. IT IS GREAT TO MEET YOU.. Cooking is a passion I developed at a very tender age from my mum and this online platform is where I aim to share and grow knowledge in all things cooking.
View all posts by Blessing Okpala →
ROASTED YAM AND PALM OIL SAUCE || HOW TO ROAST YAM WITH CHARCOAL
OGBONO SOUP || HOW TO COOK OGBONO SOUP WITH BITTER LEAF