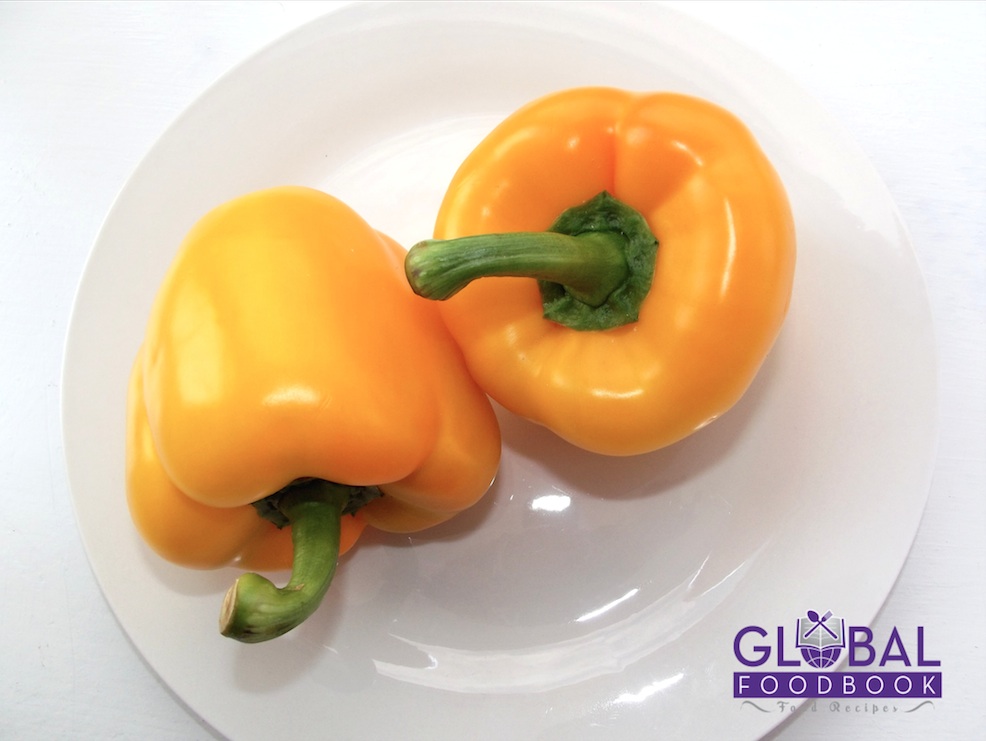 Bell pepper is botanically known as Capsicum annuum of the family of Solanaceae (Renuand Chidanand 2013). The cultivars of the plant produce fruits in different colours ranging from orange, red, yellow, green, brown, white, and purple.
Bell peppers are often graded as less pungent pepper varieties hence referred to as sweet peppers. Bell peppers are native of America, but are presently cultivated  worldwide. They are popularly known as sweet peppers, chilli peppers, red or green peppers in Britain, and just capsicum in Australia.
The large mild form is referred to as bell peppers in the United States but are known as paprika in some other Asian countries. Bell peppers are rich sources of minerals, antioxidants, calcium, zinc, iron, phosphorus, niacin, thiamin, vitamin C and para-coumaric acid.
According to Reddy & Sasikala (2013), most members of Capsicum are used as vegetables, medicines and spices and the fruits of Capsicum plants have various names depending on the type and place. Some red peppers are ripened green peppers.
Green peppers are less sweet and more bitter than yellow or red peppers. The taste of ripe peppers depends solely on the growing conditions and post-harvest storage method hence the sweetest peppers are those allowed to ripen properly on the plant in full sunshine before harvesting, while those harvested green and left to ripen in storage are less sweet.
REFERENCES
Renu R. & Chidanand D.V (2013) Effect of Modified Atmosphere Storage Conditions on Biochemical Parameters of Bell Peppers, International Journal of Agriculture and Food Science Technology, Vol. 4, no.9, pp. 915-916.
Reddy M. V. B. & Sasikala P. (2013) Capsaicin and Colour Extraction from Different Verities of Green and Red Chilli Peppers of andhrapradesh, International Journal of Advanced Scientific and Technical Research, Issue 3 vol. 2, pp. 554-555.

HI THERE.. IT IS GREAT TO MEET YOU.. Cooking is a passion I developed at a very tender age from my mum and this online platform is where I aim to share and grow knowledge in all things cooking.
View all posts by Blessing Okpala →
OFE AKWU
SCOTCH EGG