ALL ABOUT KOMBUCHA: ITS BENEFITS, USES AND SIDE EFFECTS 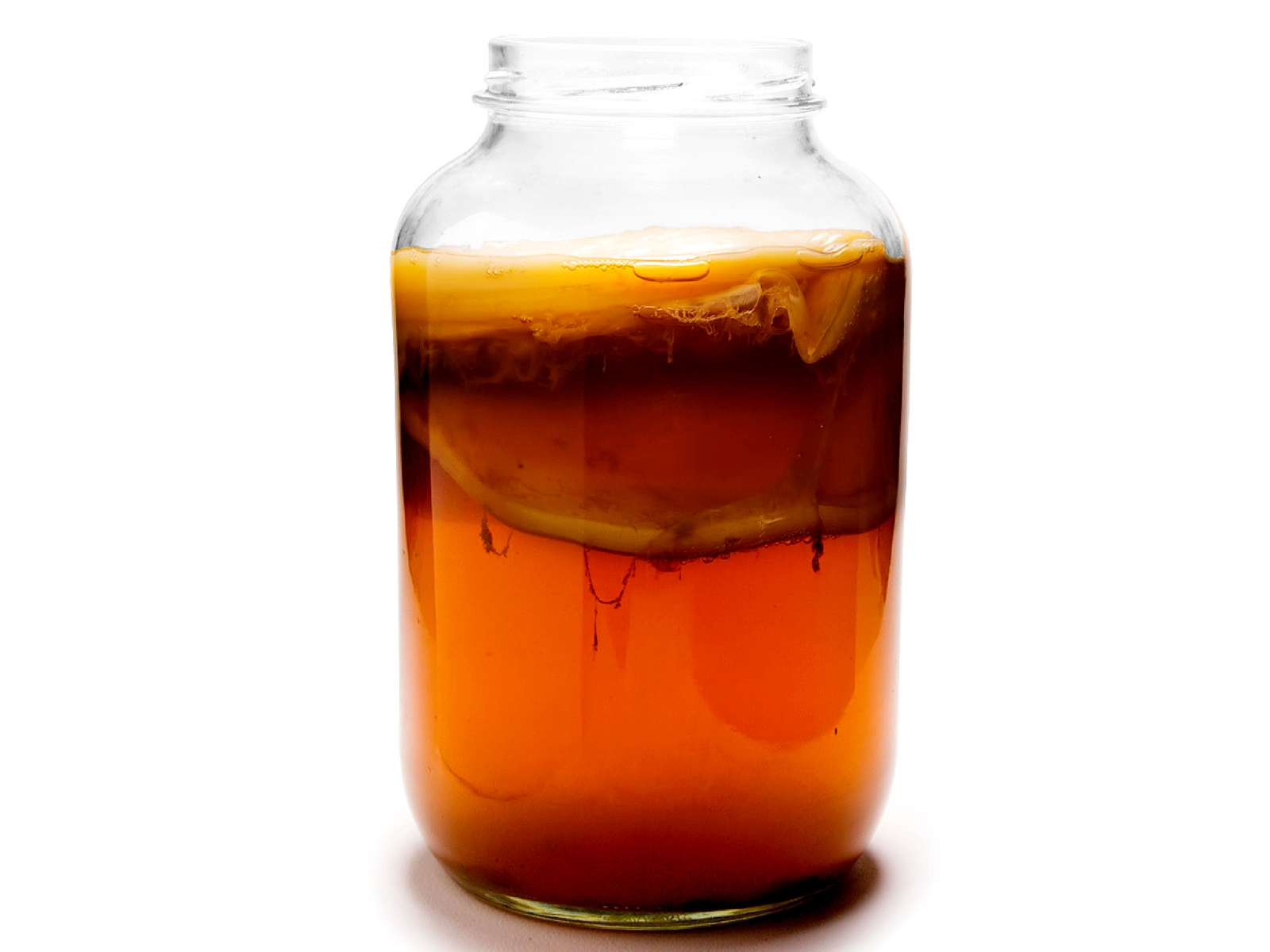 Have you ever tasted Kombucha? If you’ve not, then you are missing out on an energetic beverage that is essential for the healthy functioning of your body. So what is kombucha? Kombucha is a beverage extracted from dried or ground kombu, which is an edible kelp that belongs to the Laminariaceae family.

The microbial constituents of SCOBY cultures can differ from each other however, the yeast usually contains fungus such as Saccharomyces (a probiotic fungus). The bacterial content is made up of Gluconacetobacter xylinus, which supports the oxidization of yeast-produced alcohols into acetic acid and other acids.

Kombucha is slightly acidic and filled with electrolytes. It is distinguished by its floating cellulosic pellicle layer as well as its sour liquid broth that has a similar taste like a sparkling apple cider. White sugar and black tea are the main finest substrates used for preparing this refreshing beverage, however, the green tea or hibiscus flower can be used as well.
Kombucha is regarded as a non-alcoholic drink because the alcohol converts into an acetic acid during the fermentation process. This amazing drink is originally from Manchuria, which is a large geographic zone in the Northeast Asia. Kombucha is known by other names such as manchurian fungus tea, kargasok tea, wunderpilz, Japanese tea fungus, tschambucco, cajnij, teeschwamm, spumonto, Indonesian tea fungus, kwassan tea, teekwass, combucha, haipao or fungus japonicus.
The Chinese people refer to kombucha as chájūn (茶菌), hóngchágū 红茶菇, cháméijūn 茶黴菌, hóngchájùn 红茶菌, Vietnamese call it giam tra (giấm trà), the Japanese call it kombucha, kōcha kinoko 紅茶キノコ, konbucha or kelp tea (昆布茶?), Koreans refer to it as hongchabeoseotcha (홍차버섯차), while the Russians refer to it as chainyy grib чайный гриб, grib, tea kvass or chainyy kvas чайный квас. These varying kombucha names by various countries are literally interpreted as tea mushroom or tea fungus.

Body Detoxifier
According to Rani et al., (2015), kombucha is highly beneficial due to its tendency to detox the body. The tea is an excellent constituent of essential bacterial acids and enzymes required for detoxifying the body system. Body detoxification is integral for aiding the healthy functioning of the pancreas and for reducing the load on the liver.
Drinking kombucha lessens the burden on your liver while facilitating the healthy functioning of your entire body system. The detoxifying effects of kombucha are attributed to its high constituent of glucuronic acid, which binds to body toxins thereby facilitating their excretion through the kidneys, intestines and anus.
Anti-stress and Hepato-protective Properties
Pauline et al., (2001) evaluated the toxicity, anti-stress and hepato-protective properties of Kombucha tea. Three different doses of kombucha tea (normal dose, 5 and 10 times the dose) were fed orally for a period of 15 days. Afterwards, the experimental animals were sacrificed and various histological and biochemical parameters were examined.
The anti-stress activity was measured by (a) exposing the animals to cold and hypoxia after which the malondialdehyde levels were estimated (b) the animals were put under restraint stress with the faecal output recorded. Hepatotoxicity was induced by subjecting the animals to an acute dose of paracetamol (1 gm/kg) orally and determining the plasma levels. The results show that kombucha tea contains anti-stress and hepato-protective properties.
Energy Booster
Being an excellent source of B-vitamins, kombucha can serve as an energy booster. The enzymes released from this beverage is essential for boosting the body’s metabolism and functionality.
Textile Production
Dried kombucha culture transforms into a leather textile known as a microbial cellulose. This microbial cellulose can be shaped into various forms for producing clothes. Growing the kombucha culture with various broth mediums such as green tea, coffee and black tea yields different colours of textile. Kombucha culture can also be used for producing artificial leather.

How to Prepare kombucha

~ Boil a litre of clean water then stir in a ⅓ cup of sucrose.
~ Add ½ cup of tea leaves and cover for 5 minutes.
~ Filter the tea leaves and allow to cool down.
~ Add ¼ cup of kombucha culture (tea fungus) into the sugared tea broth.
~ Allow to ferment while the container is covered with a soft cloth, towel or paper towel to keep away insects such as Drosophila fruit flies.
~ Within few days, a new tender culture will begin to float on the surface of the tea with a thin clear gel-like membrane formed.
~ Once the newly formed tea fungus appears on top of the old mother tea fungus, the tea will start oozing out a fermentation smell.
~ You will also observe some gas bubbles formed from the carbonic acid while fermenting.
~ After 2 weeks, a new tea fungus will develop above the tea in the form of a disc that measures approximately 2 centimetres thick. The tea disc covers the entire surface of the tea container.
~ Scoop out the newly formed tea fungus and place in a container with a little amount of the fermented tea.
~ Filter the kombucha beverage and store in an airtight bottle or container.
Side effects of Kombucha
Certain adverse conditions such as renal problems, allergic reactions and stomach upset have been recorded as a result of kombucha tea consumption. However, this is greatly attributed to the poor sanitary fermentation procedures and the environment of preparation. Furthermore, unhealthy kombucha cultures that are incapable of acidifying the brew can also cause adverse effects.
It is noteworthy that these adverse conditions can be improved by reducing the quantity of kombucha tea consumed or by cessation.

HI THERE.. IT IS GREAT TO MEET YOU.. Cooking is a passion I developed at a very tender age from my mum and this online platform is where I aim to share and grow knowledge in all things cooking.
View all posts by Blessing Okpala →
12 POWERFUL HERBS FOR TREATING SEXUAL DYSFUNCTION (IMPOTENCE)
HEALTHY FOOD