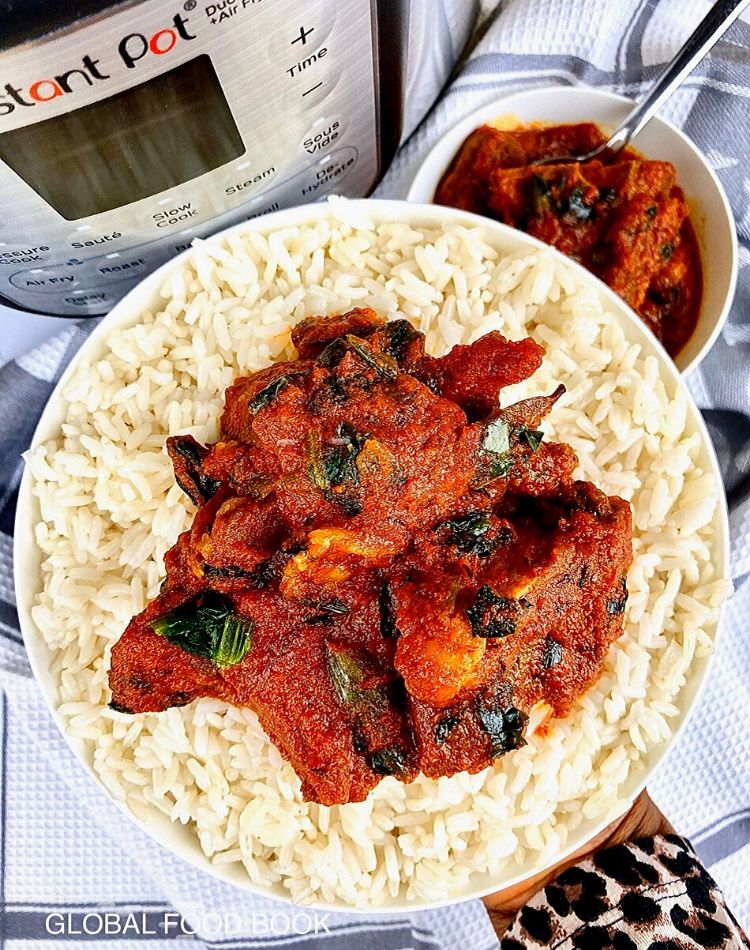 This is one of the instant pot recipes I've tried recently. I just got the inspiration and gave it a shot and as usual, I wasn't disappointed. This is actually a 2-in-1 recipe because I also cooked my white rice with the instant pot and the outcome was simply awesome. You can find the instant pot white rice recipe here. The rice cooked so well within a short period of time and a couple of my fans already testified to it. In fact, one of the reviews I received states thus; "Did it tonight! Came out awesome!!". Just like I keep saying, if you can't take my word for it, try it out by yourself.

Watch the video of the instant pot white rice recipe!

So for the goat stew, I used the Vitamix blender to blend up the onion and sweet peppers together. I took a different approach while cooking this stew because I didn't want to fry the stew. Hence I decided to cook the meat with the blended pepper. Because the blended pepper was watery, I had to cook the meat without adding additional water. Of course, I don't want the stew to come out so watery neither do I want to spend eternity in cooking the stew. So I used the pressure cooker option to cook the meat for 20 mins, afterwards, I used the sauté option to thicken the stew. And I got what I envisaged. A palatable dish to feast on. 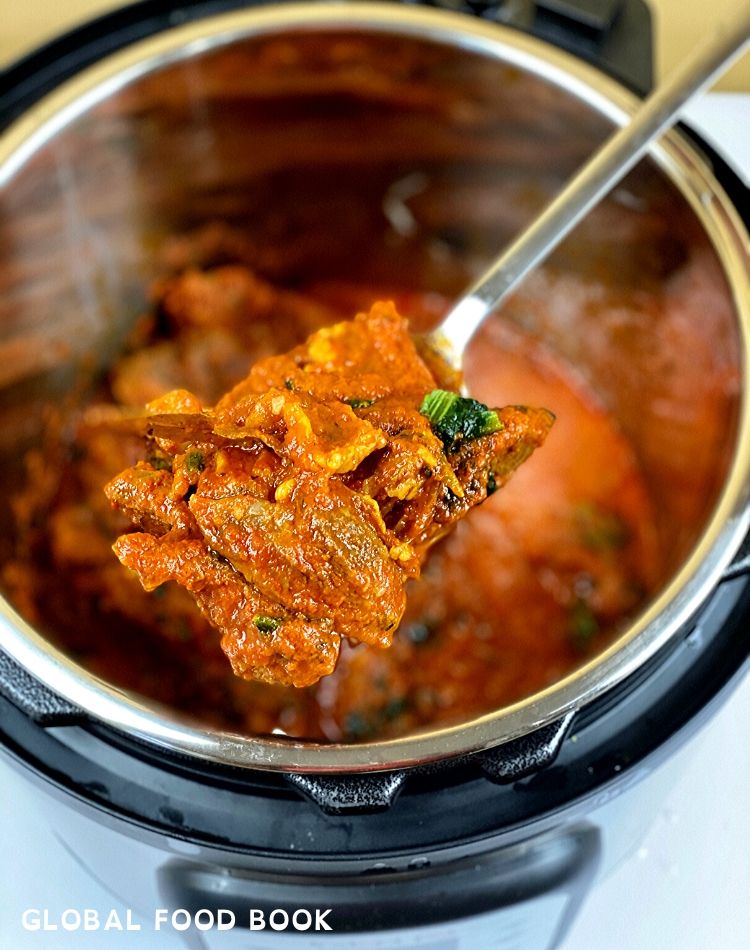 It was very simple, yet fulfilling. Basically, it is just sweet peppers, bell peppers, spinach, coconut oil, goat meat and a few spices, and that's it. Throw them all together in an instant pot and let them cook for a total of 35 minutes, then lunch or dinner is served. Although this recipe uses the ingredients included in this recipe, but you could really do whatever you wanted, however, or whatever you like best. Interestingly, the ingredients are pretty easy to come by. In the end, you will have a really flavourful and delicious stew to pair with your cooked rice. But you can equally pair the goat meat stew with other main meals such as pinto beans, corn, lentils or slices of crusty bread for dipping. 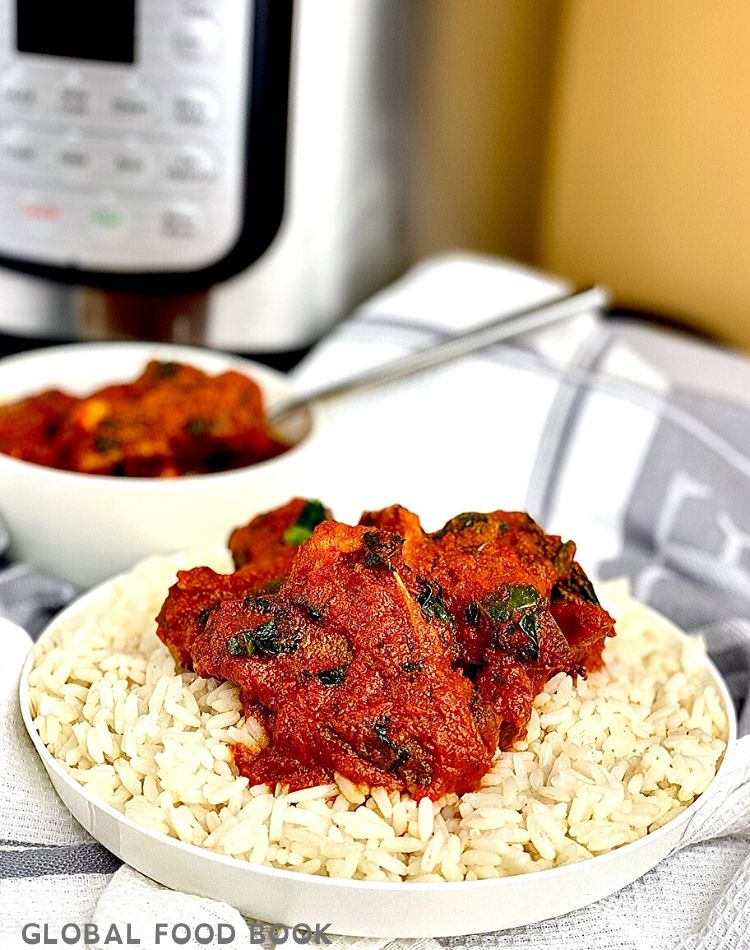 If you want, you could even avoid using the sauté option and just end at the 20mins pressure cooker mark. That way, you will get more of a soup option. Whether the thickened or watery stew, either way would work I think. Although I used frozen spinach for cooking this stew, but you can always use whichever vegetables or herbs you deem best, it doesn't have to be spinach. However, don't skip the sweet and bell peppers. They permeate the goat meat, adding colour and brightening everything with colourful appearance. The perfect pairing with the rest of the ingredients. This dish is definitely the "people-pleaser". So endeavour to impress your family and guests this weekend with these instant pot dishes.
N:B - The Instant pot cook time does not include the heat up or release times.

HI THERE.. IT IS GREAT TO MEET YOU.. Cooking is a passion I developed at a very tender age from my mum and this online platform is where I aim to share and grow knowledge in all things cooking.
View all posts by Blessing Okpala →
INSTANT POT WHITE RICE
HOW TO JUICE BELL PEPPERS AND SWEET PEPPERS FOR COOKING