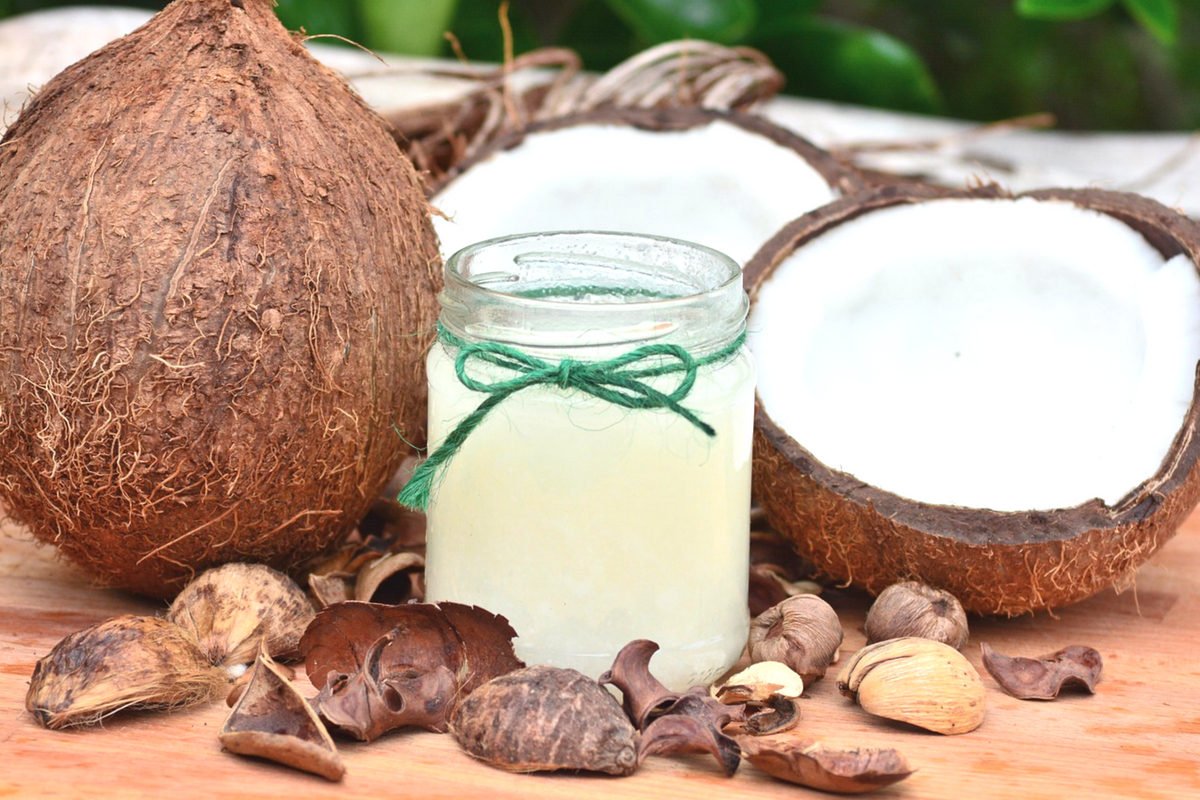 So, what is coconut oil? Coconut oil is the oil extracted and processed from the pulps of the coconut fruit. Coconut, which is botanically known as Cocos nucifiera L. belongs to the palm tree family of Arecaceae. The term coconut is obtained from a Spanish and Portuguese term coco and this connotes a skull or head. Unlike as its name suggests, coconut is a drupe and not a nut and it is the only living species of the genus Cocos. Cocoanut is the antique name for coconut, which can either mean the coconut palm tree, the fruit or the seed. Coconut palm is a rainforest tree that is often referred to as the tree of life due to its wide range of uses. It is a global fruit and its products are increasingly popular all over the globe. There are varieties of coconut products but the most common one is the coconut oil. Coconut oil is a popular vegetable oil that belongs to a group of oil products known as lauric oils. Notwithstanding the numerous benefits of the coconut oil, its use for human consumption raises a lot of argument.

Watch this Short Clip on the Amazing Benefits of Coconut Oil

The use of coconut oil and its impacts have been an on-going debate amongst health professionals largely because of its high constitution of saturated fatty acids (90%) mostly believed to be harmful to health. Saturated fatty acids are claimed by many individuals to contribute to the onset of cardiovascular diseases and atherosclerosis. But the question is, how true is this claim? Several interesting clinical studies have also confirmed that there are numerous positive impacts of this oil on our health. It may interest you to know that the high amounts of lauric acids found in coconut oil are directly absorbed by the enterocytes thereby preventing the fat from depositing in the blood vessels. Likewise, the polyphenols and flavonoids found in this oil are essential for reducing the oxidative stress involved in the etiology of several diseases, such as cancer and cardiovascular diseases. Approximately 95% of coconut oil is fat, of which 92% of the fat is saturated fat. But the good news is that the saturated fats in coconut oil are different from that of the animal fats thereby designating it healthier for consumption.
More than 50% of coconut oil fats are medium-chain triglycerides, which are produced from fatty acids of chain length. When these fats are digested in the small intestine, they tend to yield monoglycerides (lauric acid) and saturated medium chain free fatty acids. Only a minimal amount of these fatty acids tend to promote the formation of fatty deposits in the arteries. Unlike the long chain fatty acids, the lauric acid medium-chain free fatty acids and monoglycerides are well absorbed by the small intestines, thus they do not undergo the re-esterification and degradation processes. Because coconut oil is not stored as fat deposits, it is highly valuable to consumers especially dieters. Coconut oil has varying uses such as in infant formulas, intravenous lipid infusions, energy production in the body and for athletic nutritional drinks.
Coconut oil can be produced from dried coconut pulp known as the copra but the one from fresh coconut milk, referred to as the virgin coconut oil (VCO) is presently becoming increasingly popular. Coconut oil, especially the virgin coconut oil (VCO), is a vital source of several biologically active compounds such as phenolic, tocols and sterols compounds. Virgin coconut oil is a functional food oil produced from fresh coconut milk of a mature coconut kernel either through natural or by a mechanical method, in the presence or absence of heat without altering the nature of the oil. VCO does not necessarily require further processing such as deodorizing, bleaching or chemical refining, thus it can be eaten in its natural state.
VCO is distinctive with its natural coconut aroma, colourless and without sediments. It has medium chain fatty acids of which the most important one is the lauric acid. Studies reveal that the lauric acid has potent anti-microbial properties that are able to destroy disease-causing bacteria, viruses, parasites and fungi. Since time immemorial, the coconut oil has been used in traditional medicine for dealing with all sorts of illnesses and diseases. Interestingly, the oil can be therapeutically used as an anti-cancer therapy and for tackling Alzheimer's disease. Studies reveal that coconut oil prevents premature ageing, minimizes the onset of degenerative diseases and protects our bodies from free radical damage.
Coconut is multifunctional thus used in several industries such as pharmaceuticals, food, agriculture, energy, cosmetics, construction and chemical industry. Considering the fact that coconut is used in varying ways makes it necessary to have a lucid knowledge of the various types of coconut oil. Traditionally, coconut oil is produced through dry extraction, after which the generated oil is further treated either by deodorizing (RBD), bleaching or refining method. On the other hand, wet extraction of coconut milk from fresh coconut pulp and subsequently breaking the milk emulsion to generate oil is an interesting approach. Based on the fat extraction process from the coconut, the various types of coconut oil can be distinguished.
Pure Coconut Oil is a crude and unrefined oil generated from dried coconut kernels (copra). This type of coconut oil is mainly obtained by compressing some dried coconut kernels in a mill. The oil is edible thus can be consumed whole in salads, baking, confectionaries or for cooking. The oil can also be massaged on the skin as a moisturizer, ointment or lotion, applied on the hair and used for producing medicines, soaps and shampoos.
Virgin Coconut Oil (VCO) is an unrefined oil obtained by extracting milk from fresh coconut pulp instead of copra. This can either be through the centrifugal separation, enzyme actions or fermentation processes. VCO has no deodorizing agents, chemical solvents or any bleaching agents in it and it contains a high amount of bioactive compounds. VCO is suitable for use in aromatherapy, for boosting metabolism, for individuals that want to lose weight, for those with digestive disorders, for skin and hair care and for fighting infections. The numerous medicinal benefits of coconut oil are attributed to the high amounts of lauric acids, capric acids, vitamin-E and caprylic acid therein.
Refined Coconut Oil or RBD coconut oil is a refined, deodorized and bleached type of coconut oil. It is produced by using coconut oil extruder after which the oil is further processed by refining, deodorizing and bleaching. Undergoing these processes render the coconut oil odourless and tasteless with a very high smoke point. Refined coconut oil can be used for cooking food, and in the cosmetic industry for manufacturing lotions, soap, body cream and detergents etc.
Organic Virgin Coconut Oil is an organically processed virgin coconut oil that is extracted from organic coconuts. This type of coconut oil serves a similar purpose as the others.
Organic Coconut Oil (OCO) is the type of oil obtained only from coconut palm trees grown strictly on organic manure without fertilizers and synthetic additives. There are usually no chemical or artificial additives in the extraction and processing of the organic coconut oil. OCO serves the same purpose as the other types of coconut oil. 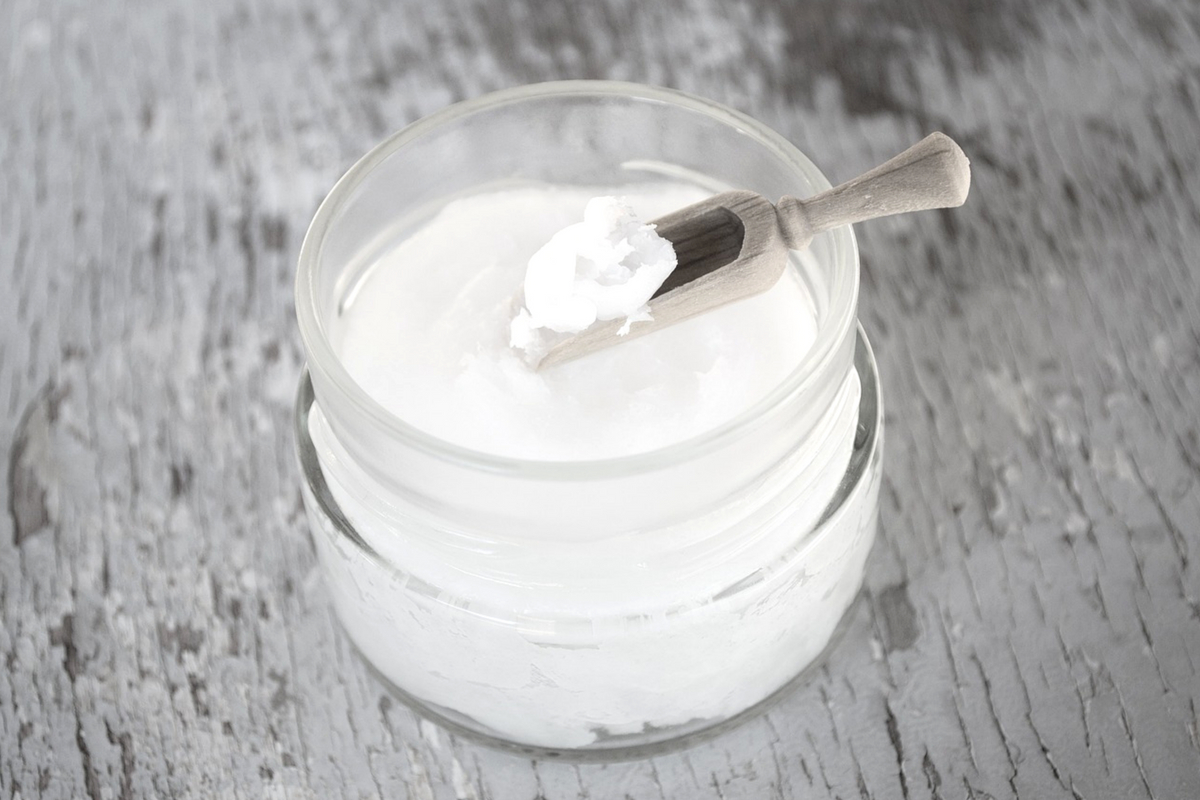 HI THERE.. IT IS GREAT TO MEET YOU.. Cooking is a passion I developed at a very tender age from my mum and this online platform is where I aim to share and grow knowledge in all things cooking.
View all posts by Blessing Okpala →
40 SIGNIFICANT BENEFITS OF WHEATGRASS AND ITS JUICE
35 REMARKABLE BENEFITS OF SPIRULINA