IMPORTANT THINGS YOU SHOULD KNOW ABOUT YAM 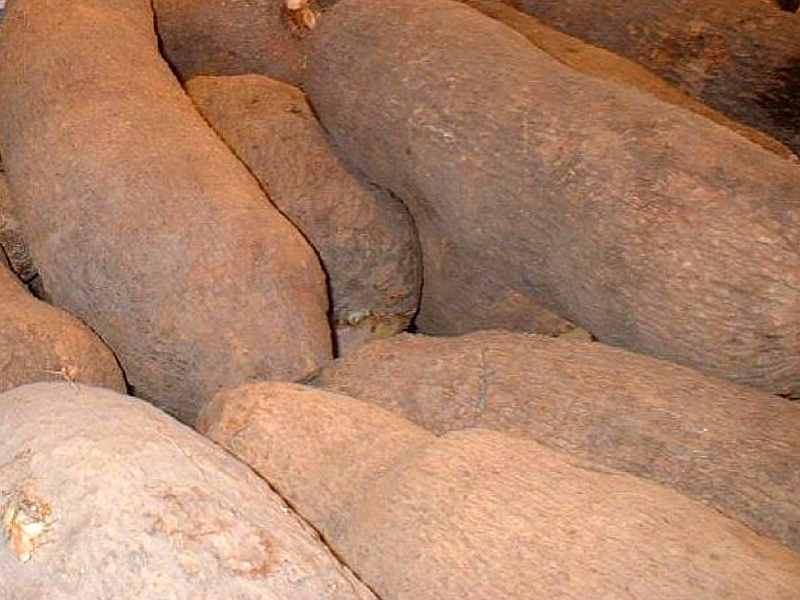 From time immemorial, human beings have been reliant on several plants, roots and tubers mainly as a source of food and herbal remedy for tackling diseases. This has drawn them towards differentiating between the poisonous and the non-poisonous ones in other to identify the edible or non-edible ones.

Moreover, roots and tubers are the major food crops especially in the tropical and subtropical region where they are used for human consumption and survival. One of these numerous roots and tubers that has gained popularity in human’s food crop is yam. Yam belongs to the family of Dioscoreaceae and the genus of Dioscorea. It is among the oldest tuber crop that contributes to food security and consumed either as a roasted, cooked or fried vegetable.

Yam (Dioscorea) is a starchy, annual, herbaceous, climbing vine with tuberous roots. It is a monocotyledon that is originally from Africa, Asia and the Caribbean before spreading to other parts of the world. There are edible and non-edible yams and while the edible ones are for consumption purposes, the non-edible ones are used mainly for medicinal purposes. Being an annual crop, yam can be harvested and stored for usage throughout the year.

It has over six hundred species dispersed all over the world especially in the tropical and subtropical regions, however, only a few species are considered edible. Yam is the second most essential root crop in West Africa after cassava (Manihot esculenta Crantz) and potatoes with Nigeria being the main producer. Due to the acrid nature of yam, the tubers contain toxic substances that can irritate and inflame the throat and buccal cavity if consumed raw. As a result, it is cooked before consumption to avoid any sort of gastrointestinal problems, such as diarrhoea and vomiting. 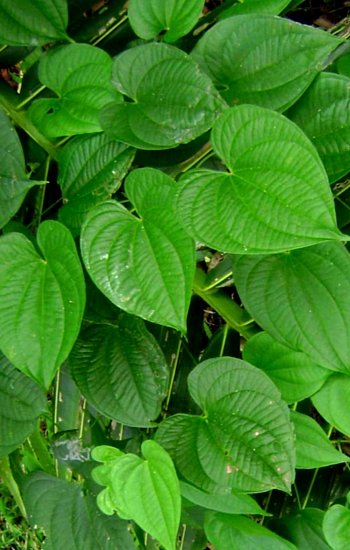 Dioscorea alata L. (Fam: Dioscoreaceae), which is locally known as kath aloo in Assam and popularly known as greater yam is a climbing perennial vines characterised by heart-shaped leaves. The tuber is edible and it makes a major staple food especially in Africa, Asia and South America.

Consumption Purposes
Edible yams can be cooked, fried, boiled, roasted or pounded before eating. Yam can be processed into yam flour, which is used for making semolina or poundo. Poundo or semolina is often served with delicious soups such as oha soup, corchorus soup, bitter leaf soup , egusi soup and pounded yam etc.

Roasted yams are also a popular street food in rural areas as well as fast food in urban areas in the African continent. Another means of preparing yam dish by Nigerians is to sun-dry parboiled yams, mill the pieces into a dry brown powder known as elubo or alibo. The elubo is then prepared by mixing and stirring in boiling water to form a thick brownish paste commonly known as amala. Amala is mostly consumed with ewedu soup or with ogbono soup.

Anti-oxidizing Properties
Purple yam is a rich source of anthocyanins that possess the anti-oxidizing abilities to slow down lipid peroxidation, prevent the attack of free radicals and minimizes the onset of cardiovascular diseases.

Cultural Activities
Yam plays an important role in African culture especially the Igbos who celebrate the New Yam Festival. During this festival, yam is the main food served either roasted or served with palm oil, stew or sauce. Yam can also be prepared as yam and vegetable, tomato sauce with yam or served as yam porridge etc.

HI THERE.. IT IS GREAT TO MEET YOU.. Cooking is a passion I developed at a very tender age from my mum and this online platform is where I aim to share and grow knowledge in all things cooking.
View all posts by Blessing Okpala →
CARROT SMOOTHIE
KEY THINGS YOU NEVER KNEW ABOUT EVENING PRIMROSE