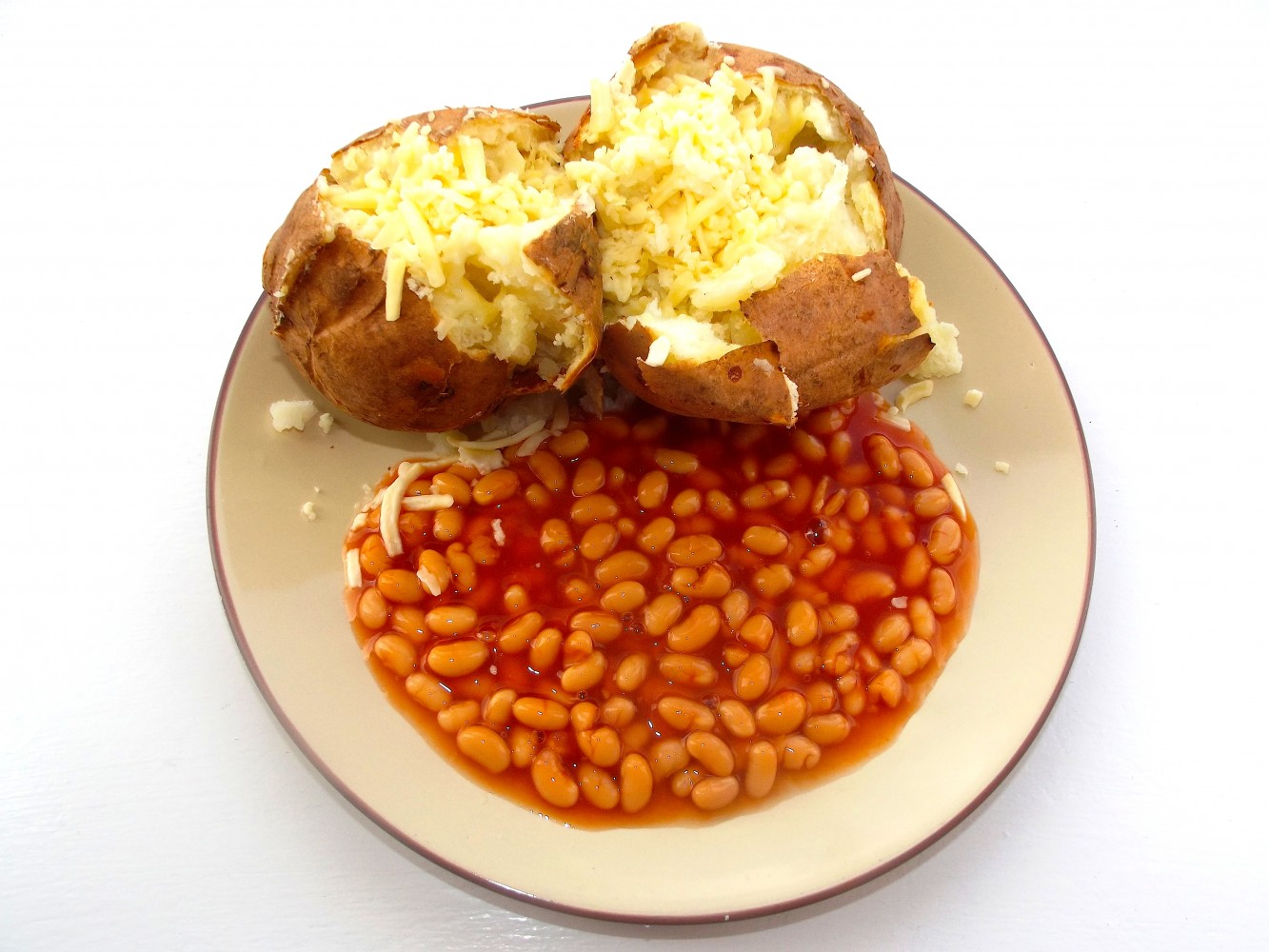 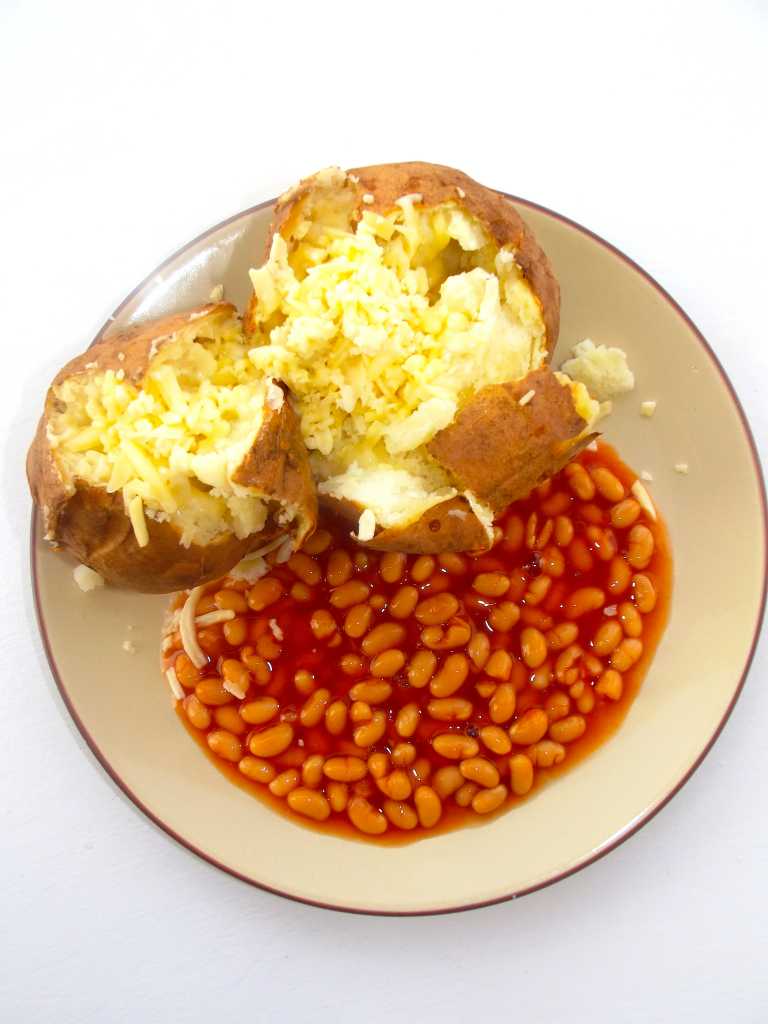 Before I resumed school a couple of days ago, my friend Esther asked if I would like to come over and spend the night in her house. I obliged to the offer and as we were chatting over dinner, we discussed at length of my food blogging and health awareness programme.
The truth is that I've had the opportunity of  cooking with her in the past and I must commend that she is a great cook indeed.  In the morning, she however, insisted that I must fix the breakfast.
I was really excited to prepare one which is  totally different from the usual beverages, oat  and bread hence I decided to prepare an English breakfast of jacket potato and baked bean meal.
Most individuals especially an English man will always salivate at the thought of jacket potatoes with really fluffy skins and floury inner texture with melted cheese in them.
If you haven't tried jacket potato with cheese or butter before, then you might want to give it a go.....
Once the potato has been cooked, cut it open and then add a generous amount of cheese on top of it. Then watch as the cheese/butter will melt away into the fluffy floury part of the potato. You can also sprinkle with salt, spices and ground black pepper. I often enjoy garnishing my jacket potato with baked beans and the taste is so fa--bu---lo---us.
The tip of making a super perfect roasted jacket potatoes is to allow them roast for at least 1 hour to get the fluffy and crunchy skin anyone so desires. 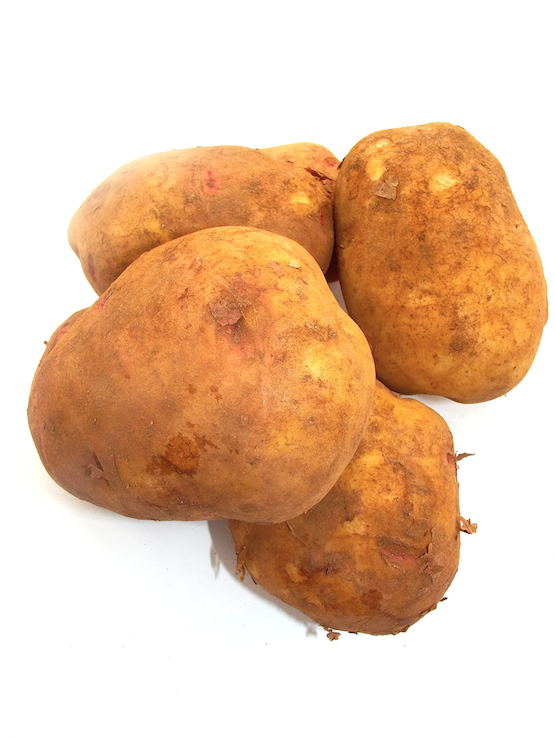 Preparing roasted jacket potato with baked beans is such an easy task as you can leave it timed in the oven and then focus on doing other house chores. Besides the baked beans only needs to be warmed hence my reason for classifying this recipe as a qu--ii--cc--kk--ii--ee.

HI THERE.. IT IS GREAT TO MEET YOU.. Cooking is a passion I developed at a very tender age from my mum and this online platform is where I aim to share and grow knowledge in all things cooking.
View all posts by Blessing Okpala →
PLUM FACTS
Shankarpali Recipe (Chin Chin)