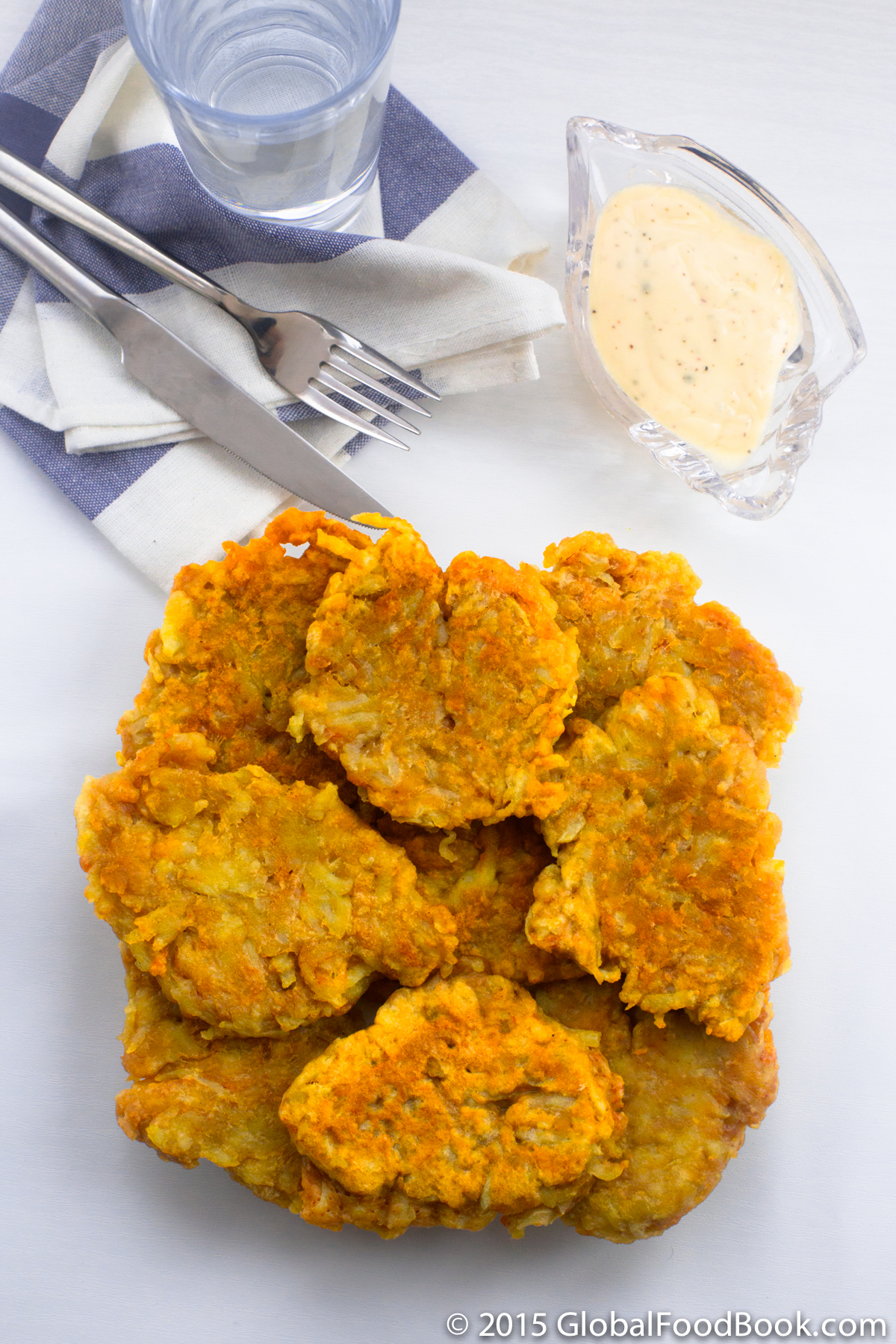 Hanukkah 2015 is here and it is another wonderful memory for every Jewish folks :D It is a festival to commemorate the rededication of the Temple by the Maccabees after being desecrated by the Syrians in the 165 BC. The festival usually lasts for eight days starting from the 25th day of Hebrew calendar Kislev, which normally coincides with the month of December.

Hanukkah is usually celebrated with special dishes especially with oil-based meals to celebrate the miracle of the Temple’s oil. Being one of the Jewish folks favourite holidays, they usually look forward to celebrating it and to commemorate this year's Hanukkah, globalfoodbook is sharing a special traditional Hanukkah recipe known as potato latkes (potato pancakes).

In fact, these potato latkes were simply wonderful and certainly did not disappoint. This morning consisted of Iyke and I in the kitchen fixing up some really delicious meals for the family and few friends that came visiting to spend the day with us. We tried out this special potato latkes recipe which turned out quite phenomenal and received 5/5 ratings from everyone who had some bites of them.

Since our visitors haven’t tasted this dish before, it was such an adventure serving up these potato pancakes in time for breakfast. Yep, we made it!!! potato latkes with some side sauces without any misadventures! 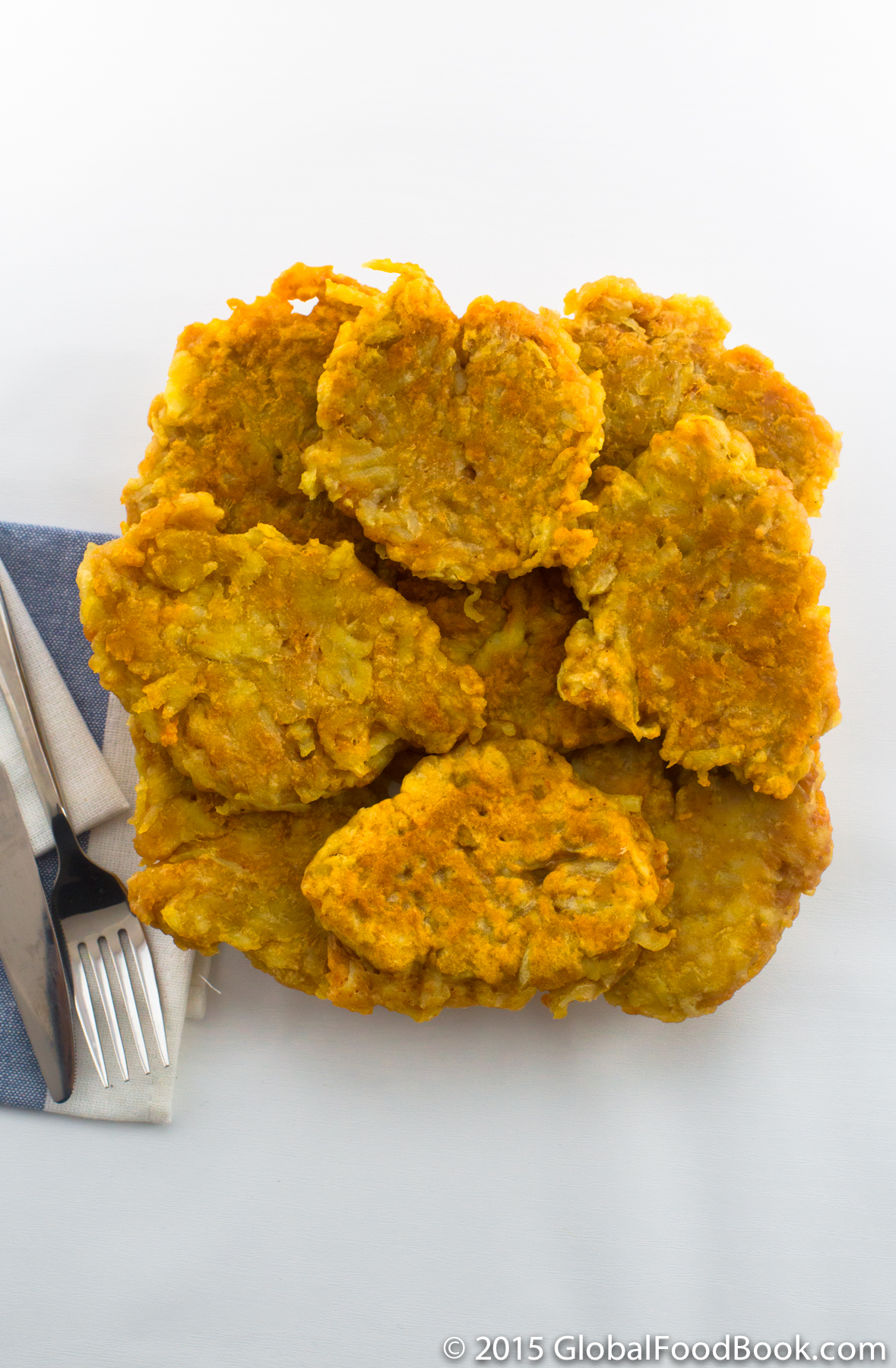 Peradventure you haven’t tried making potato latkes in the past, I encourage you to give this recipe a shot! These potato latkes are quite an immense success as you only require a few ingredients to quickly merge together some batches of delightful latkes that you can enjoy immediately or refrigerate to warm up and enjoy later.

While it took quite some times to peel and grate the potatoes, I don't really mind spending some extra minutes in the kitchen inasmuch as the expected results were going to turn out quite satisfying and heartening as these flavourful, spicy and delicious homemade potato latkes ~ ~ ~ a delightful dish you definitely can be proud of anytime, any day. 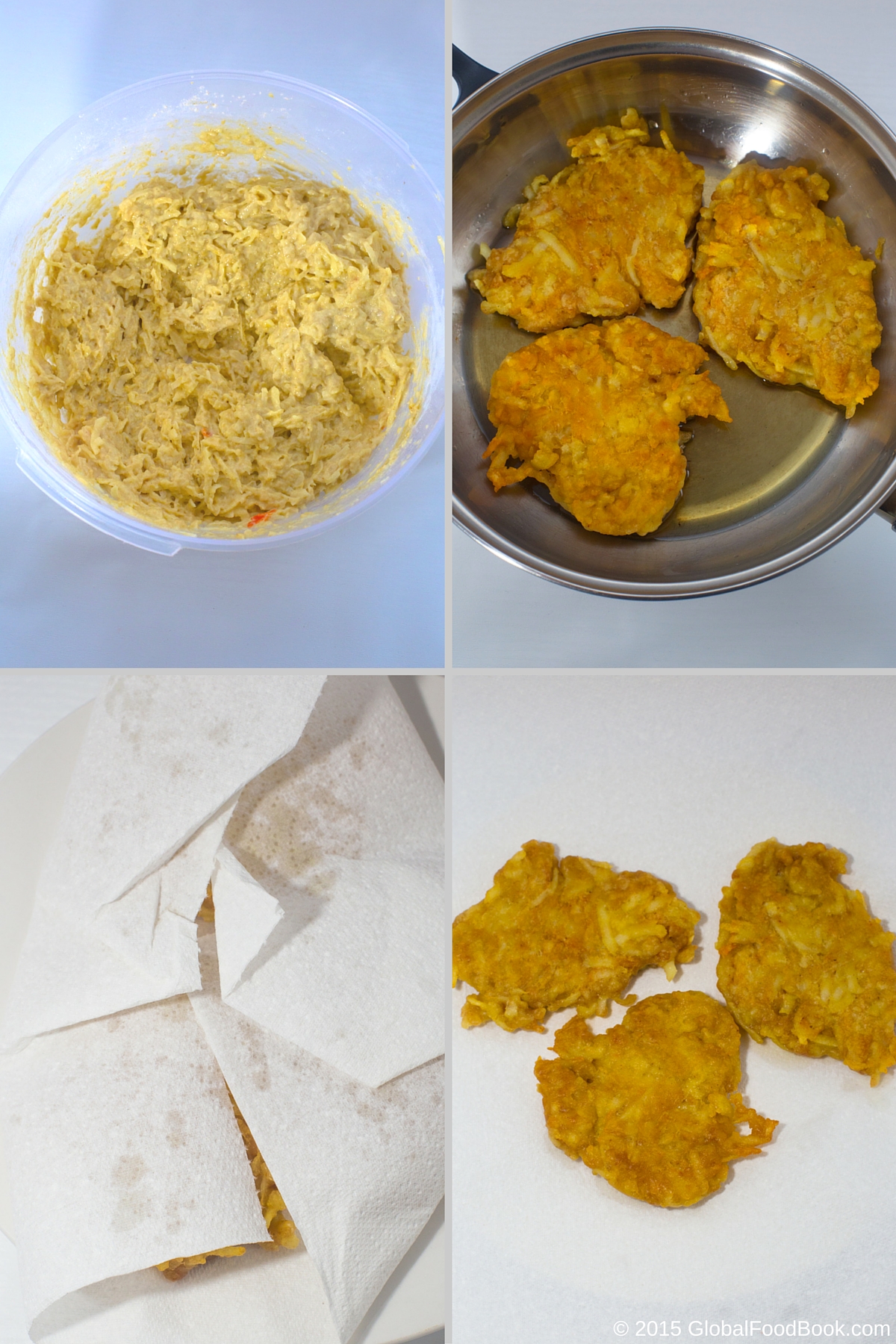 Yes, that's right, I'm not done with potato yet and I enjoy the fact that potato is such type of staple food we normally enjoy more frequently throughout the year. Apart from being cheap, it is equally healthy and easy to use in several recipes and I equally admire the fact that it perfectly complements latkes recipe to bits. I can happily say that today, I have for you some freshly fried potato latkes that were made with some plain flour, grated potatoes, curry powder, baking powder, salt, fresh pepper, eggs, milk, onion and vegetable oil for frying them up. Lightly flavoured with some curry spices and a little bit of sugar for some sweetness, I can say for sure that these latkes are a fulfilling way of kick-starting the day in a delightful and healthy way and I believe you too can follow suit.

The latkes came out quite crispy on the outside and chewy on the inside which is perfectly okay for me. If I had the choice, I would have loved to add some cheese to the latkes however that will just be drifting away from the original recipe, hence I decided to stick to the main recipe which never disappointed either. I loved how the entire ingredients combined pretty well for some amazing outcome. A reassuring hanukkah potato pancakes that perfectly fit the celebration!!! 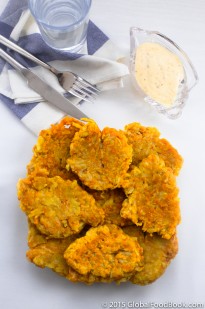 HI THERE.. IT IS GREAT TO MEET YOU.. Cooking is a passion I developed at a very tender age from my mum and this online platform is where I aim to share and grow knowledge in all things cooking.
View all posts by Blessing Okpala →
HERE'S WHY SCARLET EGGPLANT IS GOOD FOR YOU
CHICKEN PASTIES