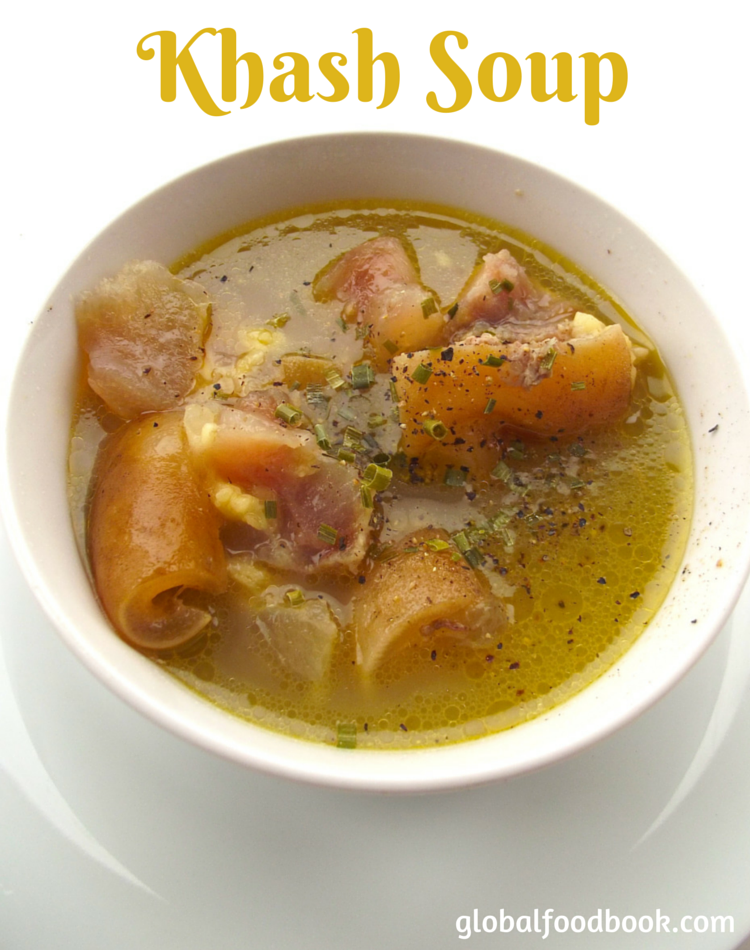 Khash--  a special Armenian winter soup prepared with cow feet and seasoned with fragrant spices such as basil, chives and salt while the dish is being served; what's not to love about this soup?

Although the khash soup is mainly eaten in the morning as breakfast by Armenians, I prefer mine for dinner as part of my relaxation and nerve-calming remedy after a busy working day. I have made khash soup several times now, but most of the time I combined it with other ingredients for a totally different recipe. Now that cold is at it's peak here, it was time to try something a little more suitable for the weather and attempt a delicious khash soup. 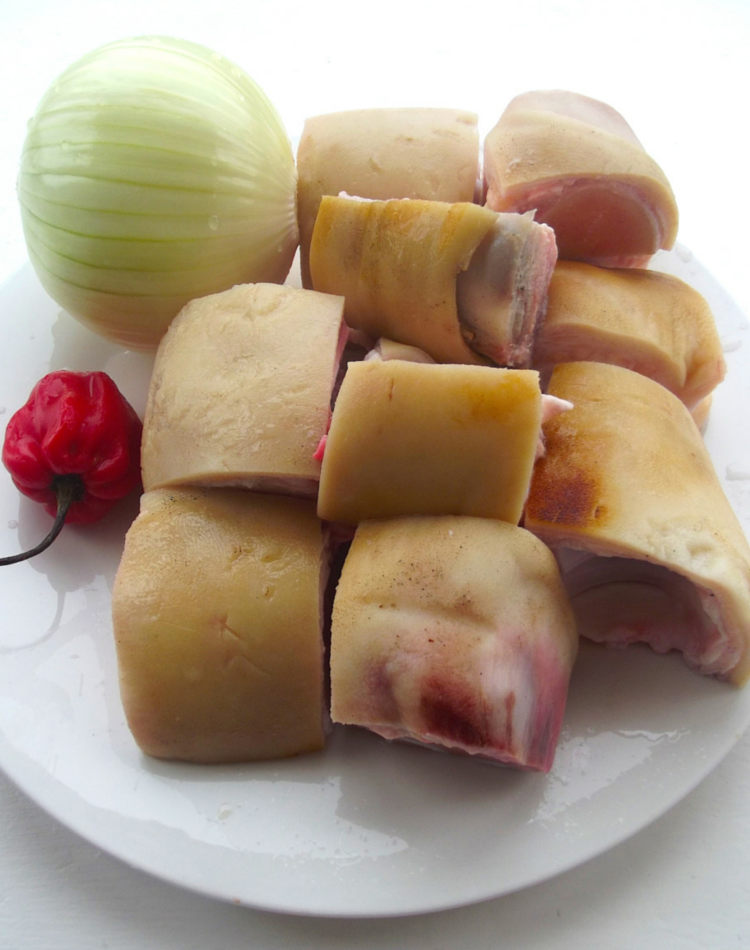 Of course khash soup always comes to mind during the cold season and you can never go wrong with this special soup anytime, any day! Soaking the cow feet in water took several hours, but I wasn't in any hurry because that's part of the requirement for a fantastic finished product that is definitely worth your time. 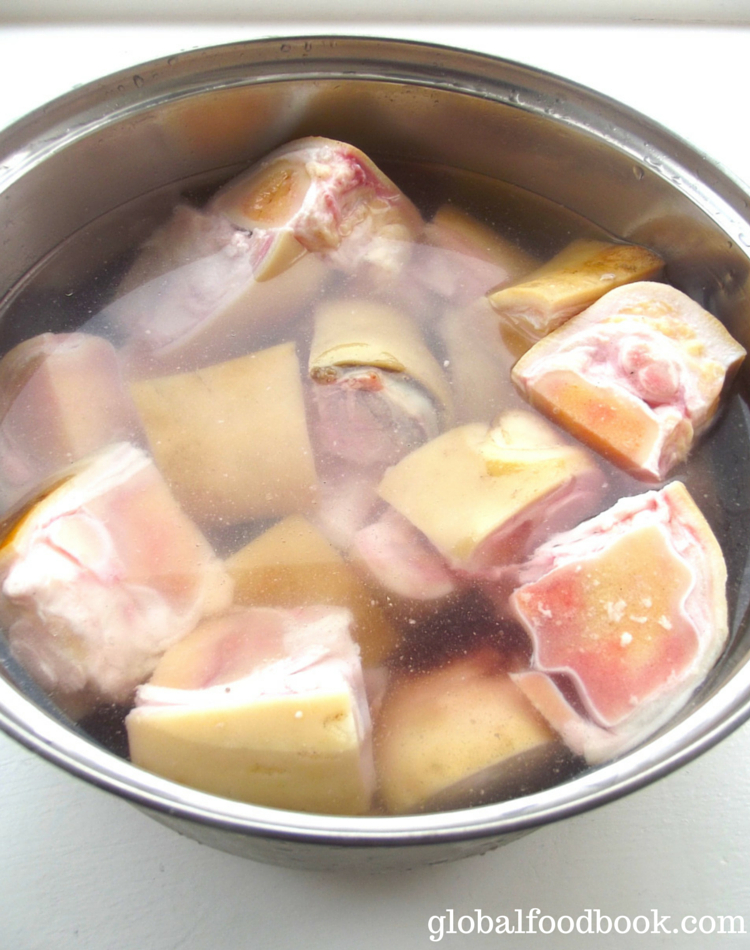 Although the original khash soup recipe requires cooking the soup to thicken, I prefer my own khash soup to be light. The good thing about the khash soup is that it is just perfect for cooking in large quantity, storing in the freezer and pulling out of the freezer anytime one  doesn't have a lot of time to prepare dinner.

Khash soup is a traditional soup dish in Armenia and other regions such as Georgia, Bosnia, Bulgaria, Azerbaijani and Turkey although there might be some sort of differences with  method of preparation for each of them. It is usually prepared with soaked cow feet also known as ukwu ehi by the Ibo tribe and this tribe has their own recipe for this dish. Khash soup is a nutritious winter soup suitable for warming up and relaxation especially during the cold weather by the Armenians however, other regions eat this soup any time of the year. It is a very palatable delicacy and super easy to prepare.

The key ingredient for preparing khash soup is cow's feet otherwise known as votner in Armenian. However, this restriction is not usually the case as other parts of the cow can still be used for the preparation. The feet are thoroughly cleaned, cut and soaked in cold water for several hours or preferable overnight so as to soften the meat as well as extract any awful smell. Soaking the cow feet overnight also makes cooking time shorter unlike when it's not soaked. Afterwards the meat is cooked in clean water until soup has thickened as desired with either light or thick broth produced. 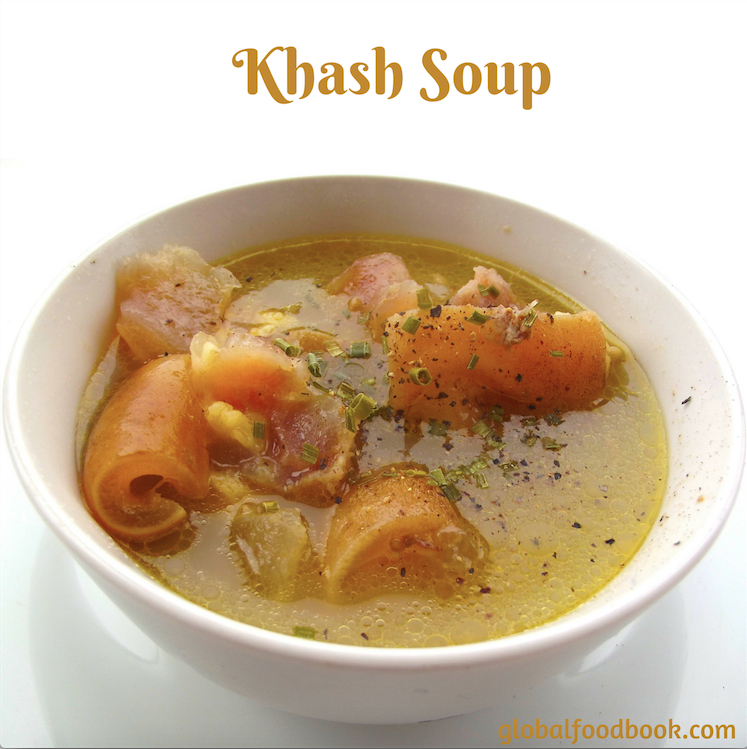 Usually, the cow skin (meat) gets extracted from the bones while cooking and it is noteworthy to only add salt when the meat is almost done. You don't need to add oil while preparing this soup as the meat produces it's own oil while cooking. Once your khash soup is cooked and ready to serve, it is optional to garnish with any spice of choice such as chives, coriander or parsley for more fragrance. Try out this recipe for a delightful and relaxing moment.

HI THERE.. IT IS GREAT TO MEET YOU.. Cooking is a passion I developed at a very tender age from my mum and this online platform is where I aim to share and grow knowledge in all things cooking.
View all posts by Blessing Okpala →
125 Best Indoor Grill Recipes
AUBERGINE (EGGPLANT) SOUP