THE FEAST OF PASSOVER AND THE SEDER MEAL 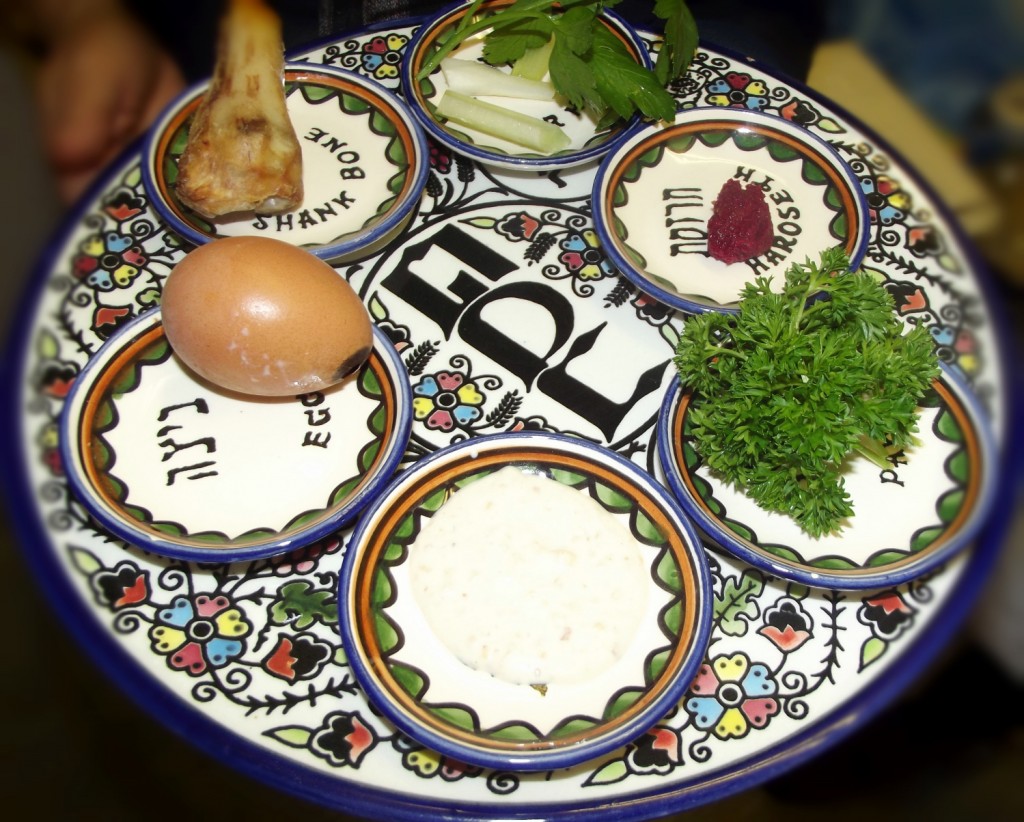 Origin of Passover Seder
The feast of Passover or the feast of Pesach is a vital biblical Jewish festival celebrated by the Jewish people to commemorate the period of time when Yahweh (God) set them free from slavery in the land of Egypt through their leader known as Moses. The festival is observed to memorialize the Exodus story of the children of Israelite recorded in the biblical book of Exodus. The feast of passover, which coincides with the spring harvest normally starts from the 15th day of the biblical first month of Nisan and lasts for seven days.

During this special festival, the Israelites were instructed by Yahweh (God) to mark all their doorposts with the blood of a lamb so that the angel of Yahweh will passover them on seeing the blood on their door posts. Passing over by the angel of Yahweh means that the angel of destruction will not kill their firstborns instead every firstborn of the children of Egypt were  slaughtered on that fateful night. To commemorate this great miracle, the children of Israelites were specifically commanded by Yahweh to observe this festival as a perpetual ordinance among their generations.

To observe this festival, the children of Israelites were commanded not to eat any leaven food products such as biscuit, bread or any food product produced with yeasts. The book of Exodus recorded that the children of Israelites were commanded to eat roasted lamb with unleavened bread and bitter herbs on the paschal night however, the Jewish tradition also introduced the seder meal, which is one of the most sensitive rituals of the Jewish year. The Passover Seder commemorates the onset of the feast of Pesach or passover. The Seder meal takes place at sunset on the 14th day of the biblical month of Nissan which usually coincides either in late March or April.

The seder meal is served with the seder plate also known as Ka’arah (קערה). This plate is usually an artistic sterling seder plate that can be purchased from a Judaica stores. This plate is characterized by partitioned spaces used mainly for inserting all the symbolic food such as shankbone, egg, bitter herbs etc. The seder table also contains matza, salt water and a plate of three whole matzot that are separated from one another by napkins.

Matza is a flat unleavened bread eaten by the children Isreal after they were set free. The three matzot symbolizes the three Jewish castes namely; the priests, levites, and the children of Israel. All the items found on the Seder plate is symbolically meaningful. The seder table also contains a bowl of salt water, which is used for dipping the Seder. Below are the items included in the seder plate and their symbolical meaning.

Bitter herbs
Bitter herbs,  known as maror is a significance of the bitterness experienced by the Isrealites during their time of slavery in Egypt. Examples of bitter herbs include; endive, bitter leaves, horseradish and romaine lettuce. The bitter leaves, endive and lettuce must be thoroughly washed and dried before placing in the seder plate and the horseradish must be grated and properly blended before placing on a seder plate.

A brown, sweet mixture of nuts, cinnamon, apples and sweet wine that signifies the brick and mortar made by the Israelites in the land of Egypt. The ingredients are peeled, washed and blended together with wine to form a paste. It is placed on a seder plate for the bitter herbs to be dipped in it and shaken off before being eaten.

Egg
A hard boiled egg signifies the offering presented during the days of the Holy Temple. Egg wasn't part of the passover requirements during the exodus, however it has presently become an important passover symbol which suggests why it is included in the seder plate. Normally, one egg is hard-boiled for each seder plate as well as more for use during the seder meal. The egg is often placed in the seder plate, which is removed from the Seder plate and used during the seder meal. The egg is dipped in salt water, which signifies mourning, hence Rabbi Moses Isserles agrees that the seder egg memorializes the destruction of the Holy Temple, which led to the discontinuation of the actual Paschal lamb sacrifice.

Karpas
Karpas signifies the early stage when the children of Israelites were flourishing in Egypt before they went into captivity. Karpas are non-bitter vegetables that are usually dipped in salt water during the seder meal. Celery or parsley are the common ones. During the seder meal, the karpas is dipped in salt water so as to taste the tears that the children of Israelites endured and the hope of new birth. Karpas also signifies the new spring or Hag Ha-Aviv because the first buds usually comes out during the passover period.
Dipping the karpas into salt water, which symbolizes tears signifies the pain and bitterness endured by the Isrealites in the land of Egypt.

Shankbone
A shankbone of a roasted lamb signifies the Paschal sacrifice slaughtered on the eve of passover feast. The paschal lamb has to be offered at the holy temple but due to the absence of the holy temple at present, the shankbone is used to represent the original offering according to the instruction of the Almighty God. The shank bone is not eaten during the seder meal but only placed on a seder plate as a significance.

HI THERE.. IT IS GREAT TO MEET YOU.. Cooking is a passion I developed at a very tender age from my mum and this online platform is where I aim to share and grow knowledge in all things cooking.
View all posts by Blessing Okpala →
Szalot salad
White Rice